Project Brokers, the global business intelligence (BI) consultancy, has announced two appointments to its senior team. Richard Terblanche has joined as director of sales, while David Anderson, until recently the company’s head of business consulting, is now chief financial officer.

“These appointments are essential to the next phase of our growth,” said Daren Cox, managing director and CEO of Project Brokers. “Our international expansion makes it more important than ever that we put seriously talented people in place – and in Richard, David and the rest of the team, that’s just what we have.”

Richard Terblanche joins Project Brokers from the Bellis-Jones Hill Group, a management consultancy specialising in corporate performance management, where he was business development manager. While there, Richard championed the use of QlikView business intelligence solutions, as a result of which in 2008 the company became the top revenue partner for the product – a position now enjoyed by Project Brokers.

Richard’s new role at Project Brokers is not only sales-focussed: he will be part of the team directing investments that will see the business grow in the UK and abroad. “It was the pace and vision of Project Brokers that attracted me,” he said. “I’m excited at the international opportunities it offers, and am looking forward to being part of it.”

David Anderson joined Project Brokers last year, but his new appointment as CFO will see him driving the company’s growth strategy. In previous roles at BDO and The Body Shop, he was responsible respectively for mergers and acquisitions and for major corporate restructuring projects, and this experience will be vital as Project Brokers expands in Asia-Pacific and European regions, and indeed across all global capital markets. “We’ll be looking to build value in capital, and to consolidate our strengths in finance, energy, telecoms and other commercial sectors,” he said. “I joined just eight months ago, and already I’m able to take on these new challenges. It’s a measure of the dynamism of this business. It’s really exhilarating.”

In addition to its expertise in financial services, Project Brokers has clients in professional services, TMT (technology, media and telecommunications), and the energy, manufacturing and consumer industries. UK Premiership football clubs also consult the company for player performance analysis.

Recorded Webinar: Making the most of data management utilities

Don’t miss this opportunity to view the recording of this recently held webinar. The potential benefits of using a data management utility include improved data accuracy, quality, consistency and timeliness – as well as the possibility to reduce costs. Considering these benefits, which play well into regulatory compliance, how can they be maximised and how...

END_OF_DOCUMENT_TOKEN_TO_BE_REPLACED 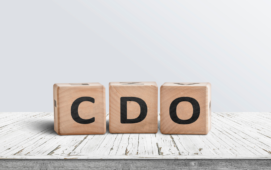