Cloud platforms – once viewed as suitable only for middle- and back-office operations – are being increasingly adopted to support the front-office. While cloud remains a much overused buzzword, true cloud technologies are now delivering the kind of performance required for low-latency trading, and offer mechanisms to marry business return to technology investment.

This topic is explored further in a white paper written by Low-Latency.com and sponsored by CFN Services, titled High Performance Trading Infrastructure on Demand. Expect further discussion of the convergence of low-latency and cloud technologies – and how big data approaches fit it – at the Low-Latency Summit in New York City on November 15. But here are a few insights into the dynamics of cloud adoption:

* Software-as-a-Service – perhaps the most visible side of cloud – is becoming almost the standard for trading application delivery, with the likes of SunGard’s Valdi and Fidessa as leading examples. SaaS lends itself to servicing smaller firms, buyside players and to moving into new trading areas and geographies quickly.

* NYSE Technologies’ Community Platform was rolled out a year ago in its Mahwah, NJ data centre, and recently also from its facility in Basildon, near London in the UK. When it was introduced, officials expected trading firms to opt for dedicated infrastructure to run their trading systems, while running applications such as back testing and reporting on virtualised servers. Anecdotal evidence, however, suggests that virtualisation is being adopted by many for their trading applications, since the latency and jitter hits are less than expected.

* CFN Services is combining its proximity hosting and connectivity services with virtualised infrastructure, tapping into Tier 3’s cloud stack, which is an optimised version of VMware’s virtualisation software. Tier 3 reckons it has reduced the performance hit of virtualisation to just 7% -making it fast enough for many trading operations, at low cost.

* FCM360 is rolling out its Low Latency Financial Cloud, hosting virtualised infrastructure (from VMware and Citrix) at Equinix, Savvis, Interxion and NTT data centres, where it can readily connect to co-located markets and participants.

It’s still early days for the cloud and low latency combination, and still some FUD to overcome (security, lack of control, performance). But the trend is underway and accelerating. As trading firms turn to big data approaches to help them drive trading, so the cloud will be the natural place to host that big data and make it available as a service.

There will still be a place for those firms operating in the single digits of microseconds latency, but it will cost them to do it. For many others – perhaps many new entrants with innovative business models – clouds will be the way to go.

I’d love to know your thoughts, so feel free to leave comments …

END_OF_DOCUMENT_TOKEN_TO_BE_REPLACED 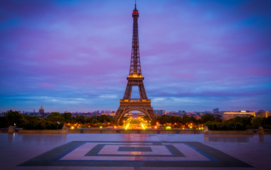 Manco.Paris, a regulated French Management Company (ManCo) has partnered with Paris-based software vendor Jump Technology, to provide institutional investors with real-time access to their portfolios. The capability – based on Jump Technology’s web-based front-to-back solution – will be offered as part of Manco.Paris’s full range of services, including UCITS or AIFM fund hosting, operational management,...