Paul Kennedy, formerly head of content and news at Reuters, and Peter Leichsenring, previously director alliances and channels financial services at Tibco Software, have both joined the recently renamed GoldenSource (known before as Financial Technologies Inc. FTI). Both join in newly created roles. Kennedy has been named vice president of product management based in London. Leichsenring is named vice president, global channel sales, based in Germany and reporting to CEO Mike Meriton. Channel sales will aim to develop partner alliances to sell the GoldenSource Enterprise product suite, first in North America, followed by Europe, Asia Pacific and Japan. 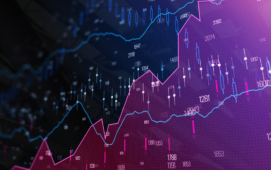 Recorded Webinar: High noon for surveillance: resolving tension between the costs of false positives, challenges of calibration, and compliance

When it comes to trade surveillance, regulators want firms to do their own alert calibration, examine all alerts, and keep auditable records. Firms need to balance the real cost of false positives with the technical challenge and risk of self-calibrating and auto-calibrating, while compliance, IT and vendors have to grapple with the need for defensible...

END_OF_DOCUMENT_TOKEN_TO_BE_REPLACED

Peter Serenita, a pioneer of the CDO role and a popular speaker at A-Team Group’s  Data Management Insight Summits, has retired after a distinguished career spanning more than 20 years in capital markets data management. In a LinkedIn post early this week, Serenita wrote: “Well, the time has come. I have officially retired. I have...