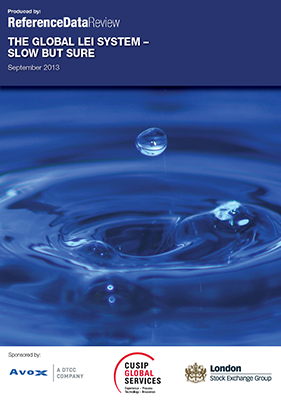 After what looked like a slow start to the summer, the initiative to establish a global standard for legal entity identifiers (LEIs) took a series of significant leaps forward during August, that appears to have put the project firmly back on track.

If the marketplace felt a little reticent in June and July, it could be forgiven. The emergence of multiple so-called pre-Local Operating Units (LOUs) served to muddy the waters somewhat. In the absence of a Central Operating Unit (COU), which as planned would guide the coordination of the various LOUs, many practitioners feared the worst.

But with the ROC’s July publication of its guidelines for practitioners, the LEI project now appears back on track.