Markus Heer, managing director of German data vendor WMDatenservice (see his appointment to the role back in 2008) and vice chairman of the Association of National Numbering Agencies (ANNA), reckons ANNA’s bid for the US Office of Financial Research’s legal entity identification standard stands a good chance, given its position as an ISO standard and its international flavour. The Issuer and Guarantor Identifier (IGI), otherwise known by the less catchy moniker of draft ISO standard 16372, is also “better suited” to the task of legal entity identification than Swift’s Bank Identifier Code (BIC), but will need to be linked to the BIC codes from a messaging perspective in the future, Heer explains to Reference Data Review.

Reflecting on some of the recent work by ANNA, Heer notes that the IGI is still very much a work in progress and the ANNA membership has yet to vote on whether the standard should be extended beyond its current remit of issuers and guarantors to other financial services entities. This would be a prerequisite if the standard were to be used for the purposes of the OFR in identifying individual financial institutions for systemic risk tracking purposes. The vote on the extension is therefore due to happen before the end of next month, ahead of the next ANNA meeting in June.

“On the subject of the legal entity identifier for the OFR, we are sure that an ISO standard would be much more future proof than a proprietary data standard, such as a Bloomberg ID or one provided by another commercial vendor,” says Heer, who is adamant that one standard should be selected in a global context. “It would be dangerous for the OFR to push ahead with a US specific standard, as this could mean high costs of mapping to many new standards across the globe and maintaining these cross references.”

Much like the other 21 globally focused respondents to the OFR’s proposals, ANNA is therefore championing the adoption of one global standard for legal entity identification, although its own response to the new US Treasury agency was rather short and scant on detail (see the bottom of the page for the full response). It provides little detail about how the IGI could be introduced and how ANNA would assume the role of issuer, for example, instead opting to provide background on the association itself and how it has functioned up until now with standards such as the ISIN. Perhaps it is hoping to convince the OFR by dint of its experience in the space?

Heer is also cautious about the tight timescales being proposed by the US regulatory community, with July this year as the deadline for a decision on the appropriate standard. “European regulators are not as far down the standards road as the OFR in terms of these discussions and there is a danger that European and Asian players will therefore miss out on the opportunity to provide valuable feedback on the subject,” he contends. “There needs to be a close relationship between regulators from across the globe on this subject, if the right standard is to be selected.”

He reckons therefore that the OFR will be forced to make a judgement call in July over whether to opt for a short term, US focused solution or to grant the industry extra time to properly discuss the issues. “Clearly the deadline is too short and given that the industry has struggled with the issue of legal entity identification for around 15 years and is already overstretched with so much change going on, the OFR will need to grant extra time for a long term solution to be put in place,” he says.

After all, the ISO process usually takes around five years to select and implement a new standard; five months is quite an ask. Heer notes that regulatory pressure could expedite this five year process and there will be some sort of proposal by ISO by the July deadline, but it will still be a work in progress at that point. “It will be up to the discretion of the US regulators whether they decide to push ahead at that point or grant an extension,” he adds.

In the meantime, ANNA has plenty of other projects that Heer classifies as “business as usual” on the boil. To this end, the ISIN is currently under review to extend its coverage of instruments such as structured products and to add new data items such as issuer names. The working group focused on this work has already submitted its proposals for a member vote, which has taken place, and is now in the process of making amendments.

The association is also working on projects related to the Financial Instrument Short Name (FISN) standard and the classifications codes for financial instruments, which are both in draft formats. The FISN standard, however, is already being used by a number of parties in the market, says Heer, including his own firm WMDatenservice, SIX Telekurs, the Spanish regulator and the London Stock Exchange (LSE). Moreover, the ANNA Service Bureau (ASB) contract is also under revision, as part of the association’s regular review of its operations.

The priority in terms of urgent development, however, has to be the IGI. “The International Business Entity Identifier (IBEI) initiative failed because it aimed to do too much and no one was willing to be the registration authority,” says Heer. “Now, we have regulatory impetus for change and a window of opportunity that will give the industry the momentum to develop these standards, but only if the OFR grants us more time.”

END_OF_DOCUMENT_TOKEN_TO_BE_REPLACED 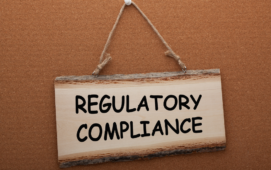