The UK Financial Services Authority (FSA) has this week sent out another letter (there have been a fair few sent out over the course of this year) to firms’ compliance offices in order to remind them of the 31 December 2010 deadline for compliance with the incoming Financial Services Compensation Scheme (FSCS) Single Customer View (SCV) reforms. The industry response to the reforms, which will significantly impact the customer data management teams of deposit taking institutions in the UK, thus far has been decidedly lacklustre and this letter is, no doubt, another attempt by the FSA to spur firms into action.

The reform is all part of the UK’s attempt at meeting the wider G20 goal of improving customer protection and is designed to facilitate “faster payout” of compensation in the event that a deposit taker is unable to meet the claims of depositors. All deposit takers in the UK are required under the reforms to be able to prepare the SCV, but those with less than 5,000 accounts held by eligible claimants need not have an electronic SCV, although they will still need to be able to provide the SCV on request, in another format.

As noted in the FSA letter: “With effect from 31 December 2010, all deposit takers, including those that have opted out of the electronic verification process are required to be able to generate an SCV file within 72 hours of a request being received from the FSA or FSCS. All deposit takers are required to be able to produce an SCV file from 31 December 2010, but those with less than 5,000 accounts held by eligible claimants need not have an electronic SCV.”

According to the estimates published by the FSA and drawn up by consulting firm Ernst & Young last year, the total cost to a large bank of the data cleansing process in order to be able to produce these reports will be between £191 and £243 million.

END_OF_DOCUMENT_TOKEN_TO_BE_REPLACED 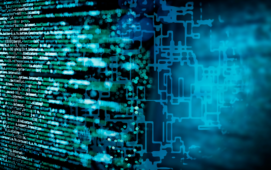 The FCA has completed the replacement of its long-standing Gabriel data collection platform with RegData having recently transitioned a final batch of firms to the new platform. In total, 52,000 firms and 120,000 users have been moved from Gabriel to RegData since the transition began in October 2020. RegData is central to the FCA’s data...