In a reunion of ex-SunGard executives, data veterans Marc Odho and Rob Ord have joined Dale Richards to launch the LakeFront Data Ventures (LDV) Consulting Group. Richards is CEO of the company, which he says is already engaged in enterprise data management assignments in both the vendor and client spaces. Odho and Ord, made redundant by SunGard at the end of last year (Reference Data Review, December 2006), become managing director and partner and director and partner respectively.

Richards, the former CEO of FAME Information Services who became SunGard’s chief data officer and president of corporate EDM upon its acquisition by the software giant, has been working on the LakeFront proposition since his own departure from SunGard early last year.

Part of the focus of LDV has been and will continue to be to aid collaboration between small companies with data management solution components. In September, LDV signed up ReferenceData-Factory to its network (Reference Data Review, September 2006). ReferenceDataFactory, formerly known as Unity, is made up of ex-FTI/GoldenSource people, and provides a data abstraction layer used by a number of Wall Street banks. ReferenceDataFactory is “particularly interesting” because it provides a component that doesn’t overlap with other vendor solutions, Richards says. “It’s more of an infrastructure component plumbing play, which can be lined up alongside other systems as part of an overall infrastructure.”

Richards’ work with a Canadian venture capital company led him to do a stint as interim president at compliance software provider Business Propulsion Systems (Reference Data Review, October 2006). Following his completion of that role, and with the addition of Odho and Ord – plus the planned hire of a UK based director to spearhead European business – LDV is targeting initially North American firms with consulting, covering advisory services and implementation. “Given our backgrounds and experience, we bring a uniquely broad perspective on the data management industry and on the offerings of the technology vendors and consultants,” Richards says.

EDM has become “a very different animal” since the early days of the focus on market data, when the main driver was to save money by rationalising the number of data feeds and the amount of data being purchased, Richards says. “The focus is more on questions such as, how do we build a better decision support infrastructure for program traders, or improve our ability to cross-reference our customer data for cross-selling?” Firms remain concerned about costs, “but as the whole notion of appointing chief data officers shows, the approach has become much more strategic”, he suggests.

There is an opportunity for LDV to assist those institutions not among the early adopters of this strategic approach, Richards believes. “Lots of institutions don’t have that background. There is the handful of people we see on the conference circuit again and again. But there are many other firms at much earlier stages.” One leg of the LDV consulting proposition is to help these firms build out their EDM roadmaps, and decide how to approach data management – whether as a cost containment exercise or as a strategic component to enable them to offer services to their own clients.

An EDM strategy is about more than implementing a data management platform, he contends. “It’s thinking about the business, identifying why your business needs an EDM strategy and how it can benefit, and what types of technology you need for tick data and client data and metrics et cetera. The technology products are just the raw materials in the food chain.”

The second leg of LDV’s consulting focuses on the “huge block of work” that needs to be done to execute and implement the strategy in practice. “Firms want to know how to put something in place that will get the strategy moving,” Richards says. “Among the early mistakes were firms trying to ‘boil the ocean’. Now the approach is phased, that is get a few quick wins under the belt and build upon them.”

LDV also has three clients on the technology vendor side, working to turn their software and data offerings into more compelling propositions. “In particular some of the providers of analytical capabilities are realising that data can provide a competitive advantage for them,” he says.

Despite the patchy performance of the managed data service providers, not least SunGard itself, Richards believes the concept of outsourced data management “is certainly still viable”. All the financial institutions with which LDV is working are trying to determine where managed data services will fit in their EDM roadmaps. “None of them is dismissing it as an option,” he says. “Whether they want to take advantage of managed data services in quite the way the vendors of the services thought they would is another matter. None of the vendors got it either 100 per cent right or 100 per cent wrong; the concept is still evolving, and now the clients are more sophisticated and are telling the providers what they want.”

A definite trend is for larger firms to package up their own EDM capabilities to offer services to their clients, he says – such as managed services for hedge funds, comprising a combination of data and other services.

While operational efficiency remains an important driver for EDM investment, the more powerful drivers, and those more likely to galvanise firms into action on EDM, relate to competitive advantage, he suggests. “The prospect of saving $5m or $10m or even $20m by rationalising 14 security masters down to one is not a major opportunity in the scheme of things for a big financial institution,” Richards says. “If however you talk about offering competitive advantage – by providing better data for cross-selling, or input to a trading application, or the ability to create a new service – this is likely to make a way bigger contribution and get the attention of the decision-makers.”
The technology is now available to facilitate an EDM strategy that supports both operational efficiency and new competitive ventures, he continues. “Everyone has known the cliché about data being the lifeblood of the business, but only recently have the integration tools been available to make this a reality on the reference data side. It’s been known on the market data side with platforms such as Tibco for some time. But now it is possible to put in place an end to end infrastructure for reference data, that feeds not just the STP but the front office for pre-trade decision support and analytics and for the building of new products.”

END_OF_DOCUMENT_TOKEN_TO_BE_REPLACED 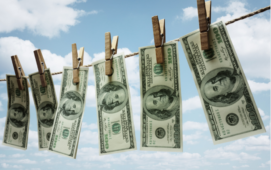