Trading firms see the advantages of implementing execution strategies driven by social media alerts, including Twitter and Facebook updates, and some are already doing so. But many also are wary of the risks associated with leveraging information sources that are not subject to the same quality controls as traditional news media. Those are the findings of a market survey from tick data management and analytics technology vendor OneMarketData.

The survey – conducted by OneMarketData as a research exercise into market attitudes that could feed into product developments – garnered some 50 responses from market participants and academics located in North America, Europe and Asia/Pacific. OneMarketData director of solutions Louis Lovas says the vendor continues to monitor the impact of social media on trading but has yet to kick off any speculative product developments to address it.

That said, Lovas does point to some key results from the survey, which covered not just overall interest, but also asset classes likely to benefit, approaches to analysing social media and regulatory impacts. A fundamental result, he suggests, is the belief held by 85% of respondents that social media can offer a faster alternative to traditional news media for detecting market moving events.

The survey also provided useful data points regarding the current and likely adoption of social media to actually drive trading strategies. While a sizeable minority don’t think it’s a way to go, a significant element – 35% – do believe the approach is worth exploring. Some firms – 18% – are actively leveraging social media in their trading and investment operations.

Most interestingly, trading firms see various challenges in adopting social media sources. Obtaining meaning from unstructured text data is one challenge identified, and quite likely related to that is the potential for erroneous trading signals to be generated by not correctly analysing the social media streams, or by incorrect data at source as was the case in the recent ‘hash crash’, caused by the hacking of a Twitter account belonging to the Associated Press. Some 61% of respondents saw the potential for false signals, and most firms expect further market disruptions as the result of incorrect information, perhaps deliberately issued.

Also explored in the survey is whether social media analytics would be most effectively employed in near-real-time, or on historical data sets. The majority expected near-real-time processing to be important, though Lovas notes that mainstream big data technologies, such as Hadoop, are not engineered for such rapid processing. Specialist technologies will be required, he suggests.

The complete survey results are available from OneMarketData here.

END_OF_DOCUMENT_TOKEN_TO_BE_REPLACED 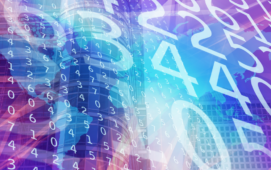