Thomson Reuters Returns to the EC with Revised Offer on RICs

Thomson Reuters has returned to the negotiation table at the European Commission with a revised offer on how it will ease licensing policies for Reuters Instrument Codes (RICs). The issue of access to security and other identifiers will be discussed in a panel session at A-Team’s forthcoming Data Management Summit in London on May 22 (find out more here).

Thomson Reuters’ latest approach follows the company’s inability to avert an antitrust investigation of its policies in December 2011 when it proposed commitments that would offer some concessions to users of RICs. This proposal was market tested by the Commission, but found to fall short of its requirements, leaving Thomson Reuters in breach of European competition rules.

The Commission confirmed receipt of another tranche of commitments from Thomson Reuters on RICs late last week, but declined to detail their content.

Similarly, Thomson Reuters is giving nothing away, stating only: “After reviewing the feedback from the European Commission’s market test, Thomson Reuters submitted a revised offer to the EC which is aimed at addressing the comments of our customers. It is premature to comment further or discuss those details, but we are continuing to cooperate fully with the EC and look forward to resolving this matter.”

While there is no definitive timescale to resolve the issue, the Commission is likely to run out of patience if settlement is drawn out for too much longer. Thomson Reuters could then face financial penalties if it remains in breach of the competition rules.

After the unsuccessful market test using the concessions proposed by Thomson Reuters in December, Joaquin Almunia, vice president of the Commission responsible for competition, told delegates at the March 8 2012 European Competition and Consumer Day in Copenhagen: “We have concerns that Thomson Reuters has potentially abused a dominant market position by restricting the usage of its identification codes, RICs, thereby limiting the ability of its customers to switch to competing data providers. Recently, we have unsuccessfully market tested a solution offered by Thomson Reuters to facilitate switching. We have now reached a critical stage in this investigation. If no effective solution can be agreed upon, then we will have to draw the adequate conclusions.”

END_OF_DOCUMENT_TOKEN_TO_BE_REPLACED 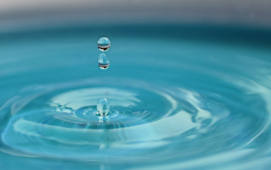