The industry has until January 25 to offer the European Commission feedback on Thomson Reuters’ proposal to allow clients to license its Reuters Instrument Codes (RICs) in order to access third-party and internal market data. Thomson Reuters made the proposal as part of its attempt to settle an EC investigation launched in 2009 into whether its licensing policy for RICs stifled competition and breached EU antitrust rules.

According to the European Commission, “Thomson Reuters has offered to allow customers to license RICs for the purpose of switching and to use RICs for retrieving data from other providers against a license fee. If the market test confirms that the proposed commitments remedy the competition concerns, the Commission may adopt a decision under Article 9 of the Antitrust Regulation 1/2003, making the commitment legally binding on Thomson Reuters.”

Thomson Reuters’ proposal is a significant reversal of its RIC licensing policy. Industry practitioners see the current tight RICs licensing policy as an obstacle to using other suppliers’ competitive data services because many of their applications use RICs to access specific real-time data elements.

Specifically, the Commission’s investigation focused on whether Thomson Reuters may prevent clients from mapping RICs to alternative identification codes of other data feed suppliers. Without the possibility of such mapping, it reasoned, customers may potentially be ‘locked in’ to working with Thomson Reuters because replacing RICs by reconfiguring or by rewriting their software applications can be a long and costly procedure.

Thomson Reuters – or rather Reuters – has considered opening up its RIC codes on previous occasions, but pulled back for commercial reasons. Indeed, a plan to shift its data delivery infrastructure from its aging Integrated Data Network (IDN) to the more modern BridgeFeed network in 2003 was abandoned after the extent of the ‘stickiness’ of RICs among client applications emerged.

The EC seems to believe that the latest proposals will assuage its and industry concerns about anti-competitive practices. “The Commitments proposed by Thomson Reuters should allow financial institutions to switch more easily between different providers of financial data and stimulate competition between data vendors,” according to Joaquín Almunia, Commission Vice President in charge of competition policy.

In its preliminary assessment, the Commission has taken the view that the restrictions imposed by Thomson Reuters create substantial barriers for switching for customers who use RICs widely in their internal applications and wish to switch to alternative providers. Those customers would have to remove RICs from all internal applications and replace them with alternative codes. This is technically challenging and costly and often prevents customers from switching.

To address the Commission’s concerns, Thomson Reuters offered to allow customers to license additional usage rights for RICs and to provide them with the necessary information to map (i.e. cross-reference) RICs to alternative symbology. Licensees would also be provided with regular updates of RICs. Licenses would be available to interested customers for EEA operations for five years, for a monthly fee based on the number of RIC symbols to be used. Under certain circumstances, customers’ applications which serve businesses outside the EEA may also be covered. 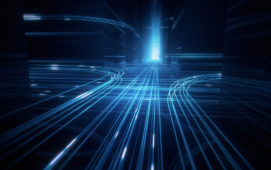 Don’t miss this opportunity to view the recording of this recently held webinar. The benefits of successful data lineage are significant, allowing financial firms to gain a better understanding of their applications and data, switch off unnecessary systems and data feeds, save costs, and support the business with the right data at the right time....

END_OF_DOCUMENT_TOKEN_TO_BE_REPLACED 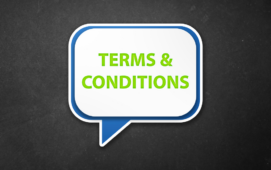