Filling a longstanding void at the top of its Sales & Trading business unit, Thomson Reuters has named former IBM general manager for banking and financial markets Shanker Ramamurthy as president, Sales & Trading, effective June 20. The top slot at Thomson Reuters’ largest operating unit, with revenues of $3.5 billion and 2,700 staff, had been open since the departure of Mark Redwood almost a year ago.

Notwithstanding the lengthy recruitment process – which had led to some speculation that the post would never be filled, ahead of a putative packaging of Thomson Reuters Markets for a sale – Ramamurthy’s appointment comes as something of a surprise. His emergence follows apparently protracted discussions with the chief technical or information officer of a major Swiss bank, and indeed speculation that Enterprise’s Jon Robson might take the helm of a combined business unit. In the event, neither of these options transpired, and whether they contributed to the delay in filling the post we’ll probably never know.

For his part, Ramamurthy joins the company, in New York, with a remit “to accelerate the growth of its Sales & Trading business, support the ongoing development of Thomson Reuters Eikon, the company’s premier financial desktop and mobile platform, and increase its participation in electronic trading marketplaces.”

That mandate appears to fit well with his previous role, where he had “global responsibility for accelerating revenue growth and profitability of IBM’s Banking and Financial Markets business across services, software and hardware.” Before he was given all of IBM’s banking and financial markets to run, he was head of the group’s global business services group. Before that, he was lead partner for PricewaterhouseCoopers’ Financial Services Strategic Consulting Practice.

Ramamurthy’s appointment is being supplemented with the addition of Bill Harts, who also joins Thomson Reuters as head of strategy for Sales & Trading. Reporting to Ramamurthy, Harts joins from Bessemer Venture Partners. Harts has long been involved in electronic and algorithmic trading, with tenures at Nasdaq and Citigroup, among others.

This webinar has passed, but you can view the recording by registering here. How is data being managed and fed into analytics to improve risk management today? In this webinar we explore: During this session we will discover how; Incoming regulations, from BCBS 239 to the Fundamental Review of the Trading Book and Solvency II,...

END_OF_DOCUMENT_TOKEN_TO_BE_REPLACED 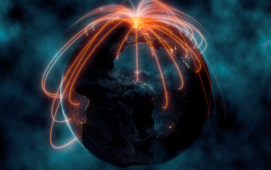 Derivatives connectivity and trading platform operator Trading Technologies International (TT) is to be acquired by 7RIDGE, a London-based private equity firm run by ex-Deutsche Boerse CEO Carsten Kengeter. The deal, for an undisclosed sum, is backed by two of the world’s largest derivatives exchanges, Singapore Exchange (SGX) and Cboe Global Markets. The deal with 7RIDGE...