There is one comment that comes to mind every time we write about the development of the global legal entity identifier (LEI) system. It was voiced in an A-Team Group webinar back in April by Tim Lind, global head of middle office, enterprise content, at Thomson Reuters. He said: “This is a marathon, not a sprint.”

Of course he was right, and after a slowdown towards the end of the run, development has picked up again, setting aside fears among some market participants that the LEI system would, at best, continue to develop at a painfully slow pace and, at worst, fall by the wayside.

This week’s A-Team Group webinar on the LEI – The Global LEI: Slow but Sure – acknowledged the time it has taken to develop an interim LEI system and highlighted the moment, this summer, when development regained momentum and a complete global LEI system began to take shape.

By the way, if you missed the summer’s activities, you can catch up by reading an A-Team special report on the LEI that is available for free download here. And if you want to keep up with the latest developments in the LEI system and what they mean to market participants, join the A-Team Group Data Management Summit in London on October 3.

Delaney set the scene, noting the slow development of the LEI system early this year and a concomitant fear among market participants of a loss of momentum. This was eased by a flurry of activity in late summer and a sense among many that the project is back on track. The Regulatory Oversight Committee (ROC) published detailed guidelines on the operation of pre-Local Operating Units (LOUs) in the global system; the London Stock Exchange (LSE) became a pre-LOU; and the DTCC/Swift pre-LOU took action to tidy up its database of CFTC Interim Compliant Identifiers (CICIs) by removing any CICI pre-LEI records that were not self registered and had not been used in trade reporting. As Delaney put it: “This development served to boost credibility and it seems we are entering Phase 2.”

The turning point was the July 27 publication by the ROC of guidelines for pre-LOUs. Responding to a question from Delaney about the message for people wanting to use the interim and ultimately the global LEI system, Preiss said: “The most important message was the message itself. The ROC took time to make the July 27 statement, but it delivers a clear message that the LEI is here to stay. The publication came at a time when sustainability of the LEI and confidence in it was starting to wane, so timing was important. Before July there were many progress notes, but the July 27 document consolidated all that had gone before and delivered guiding principles.” Kalliomaki added: “The document suggests a sustainable system is being put in place and that it can be taken forward.”

The panel members reeled off a number of key points made in the July 27 document. Many were expected or reiterated from earlier progress notes on the LEI system, but a handful were new and it is these that lend weight to the sustainability of the system. Preiss noted the requirement for pre-LOUs to identify whether an entity has been issued an LEI before by another pre-LOU, a point that aims to avoid duplication but also ensure communications between LOUs. Pre-LOUs sponsored by ROC members must also confirm that they have met the ROC’s requirements to their sponsors.

Kalliomaki described another reference in the document that requires pre-LOUs to coordinate through standardisation and common practice, although this has yet to be detailed by the ROC beyond compliance with the ISO 17442 standard setting down the dataset and structure of LEI codes.

Hodash highlighted the document’s insistence on entity self-registration for an LEI, an issue first raised in the Financial Stability Board’s (FSB) third progress note on the LEI – the FSB handed over curation of the LEI to the ROC early this year – and clarified in the July 27 document. He said: “Self registration warrants the most accurate data, so there will be no third-party registrations going forward.”

Focussing on the ROC’s commitment to uniqueness of entity identifiers, Hodash repeated the need for cooperation between LOUs and the requirement for LOUs to check not only with registrants, but also other LOUs, whether registrants already had LEI numbers. He said: “The validation process is workable, but it will become more complicated as more LOUs emerge.” Acknowledging that there will be occasional duplication of LEIs, he reported on the work of the ROC’s Committee on Evaluation and Standards to develop a survivor rule for a situation where two LEIs have been issued to one entity.

Putting one of many audience questions to the webinar panel, Delaney asked: “What is the best source of a consolidated feed of all global pre-LEIs?”

Preiss suggested the CICI utility, adding that other pre-LOUs are also consolidating data ahead of the establishment of a Central Operating Unit (COU) for the global LEI system that may, or may not, consolidate the data. With the LEI Foundation yet to set up the COU, Kalliomaki said: “The LSE doesn’t provide consolidated data. We are considering doing so, but waiting to see what the LEI Foundation directs. If the COU is directed to consolidate data, we may not need to.”

Introducing another outstanding issue in the development of the global LEI system, Delaney invited comment on hierarchy data, an element that has been discussed widely but to no conclusion. Preiss said: “The controversial issue is whether corporate hierarchy data should become a requirement of the LEI system. It would be difficult to maintain and require sustained investment. Also, many firms provide value added data as a profit incentive, so how would the LEI link in?”

Hodash suggests hierarchy data is in scope, but not in the first phase of LEI development. He said: “The level of analysis that can be done with existing LEI data is limited. Initially, ISO 17442 compliant data will be used, then I expect guidelines will be given on hierarchy data as different jurisdictions have different privacy and permissioning rules around data.”

Approaching the end of the webinar, Delaney asked the question everyone one wants answers to – what next? Kalliomaki suggested endorsement of Pre-LOUs and globally accepted pre-LEIs as set out in the July 27 document, as well the establishment of the COU. Hodash took a different stance, suggesting that while the LEI started life in OTC derivatives markets, regulators need to include it in reporting other asset classes if they are to monitor systemic risk.

No doubt these answers to the ‘what next’ question will pan out over time, but in the meantime the panel members put on their cheerleaders’ hats to offer advice to practitioners. “Get involved, find ways to support global standards that well help stem the systemic risk that crippled the economy in 2008,” said Preiss. “This may need a change in culture, but it is the practitioner’s role to get behind important standards.” Kalliomaki concluded: “Don’t wait for the regulatory mandate to use LEIs, the broadest adoption will deliver the widest benefits.”

To make sure you keep up with the latest LEI developments, register here to join the A-Team Group Data Management Summit. We will be back with another LEI webinar and answers to your questions in December.

END_OF_DOCUMENT_TOKEN_TO_BE_REPLACED 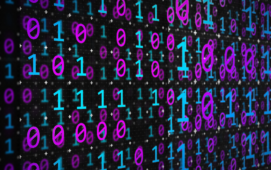 Electronic trading and automation solutions provider valantic FSA, has completed a strategic investment in low-code development fintech Velox Financial Technology, to complement and bring further flexibility to its electronic trading business. The terms of the investment have not been disclosed, although valantic says it is “significant” and that it will allow the company to bring...