The recent STAC report on McObject’s eXtremeDB Financial Edition 7.0 database management system gives trading infrastructure and application developers cause for hope on two levels: performance and price. And this in turn raises the very real prospect of deploying high-performance database management technology in functional areas throughout the trading and risk landscape.

According to McObject CEO and founder Steve Graves – visiting London last week from his base in Seattle – the latest STAC benchmark places eXtremeDB above its closest competitor in terms of performance. The STAC-M3 Benchmark test awarded eXtremeDB fastest overall time to complete the benchmark’s 17 tests. It also recorded best-ever results for speed and consistency of results (low jitter) in individual tests.

According to McObject, “The combination of eXtremeDB and the POWER8 system achieved new records in a set of 17 STAC-M3 tests, including the best-ever results for jitter. Adding together the mean response times for these 17 tests, eXtremeDB on POWER8 took 44% less time than the nearest competitive solution while using just one-third the number of cores. This solution provides a significant cost/performance benefit to clients in the financial industry.

“These new STAC-M3 results bested standing performance records in 6 of the 17 tests, and set records for lowest standard deviation of results (lowest jitter) in five of 17 tests. The results build on previous record-setting STAC-M3 implementations by McObject and IBM that, when combined, hold 16 of the 17 test performance records when compared to all other solutions using non-clustered two-socket servers.”

These results, McObject says, “demonstrate the value of eXtremeDB and the IBM POWER8 system for analytics and big data workloads in capital markets, where low-latency and low-jitter are key attributes.”

Graves points out that the STAC results relate to a full-on database management system, while many incumbent high-performance databases are in effect stripped down versions, with little or nothing by way of value-added functionality.

But more than that, Graves says, McObject’s per-server license pricing model makes eXtremeDB affordable to a far wider audience than its competitors. These providers, Graves says, often price their platforms based on core, sockets and gigabytes of memory. This can prove expensive as firms scale up their infrastructures, particularly in the high-performance trading environment.

This, Graves reckons, makes eXtremeDB suitable far beyond its core target audience of ticker plants, matching engines and algorithmic trading applications. These include a growing interest from the risk management segment and other enterprise applications for which high-performance database management systems have been too expensive.

Shenzhen Kingdom says it developed the new systems to meet growing demand for trading speed and throughput, brought about in part by the rise of automated trading. Existing trading systems incorporated on-disk DBMS technology, which imposed disk and file I/O that limited the systems’ performance to 3,000 trades per second. On-disk DBMSs, which still make up the vast majority of database systems used by corporations, are premised on persistent storage. In contrast, in-memory database systems (IMDSs) work with data entirely in main memory – they never go to disk. Shenzhen Kingdom’s use of eXtremeDB’s IMDS capability enables the new order management systems to process as many as 38,000 trades/second.

“It’s less about low latency,” Graves says, “and more about the volume of data. And the applicability of that is very broad. It used to be 10s of opportunities at any given firm; now it’s more like 100s.”

This, of course, is a theme close to our hearts. We’ll be exploring how high-performance technologies like McObject’s can be deployed in the broader trading environment at our Intelligent Trading Summit in London on February 4. You can check out the latest agenda here.

Registration is free for qualifying financial institutions, and there are still sponsorship and exhibit opportunities available. Come along and hear about how high-performance technologies are helping professional add intelligence to their trading infrastructures.

END_OF_DOCUMENT_TOKEN_TO_BE_REPLACED 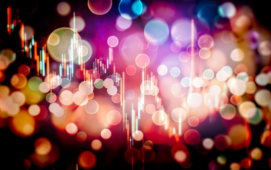