Omgeo, the post-execution trade management solutions provider, has appointed Scott Hillyer as managing director, client operations. In this role, he will focus on driving client satisfaction and enhancing the overall client experience by facilitating cross-functional collaboration and acting as an advocate for Omgeo’s clients.

According to Omgeo, he will also be taking a continuous process improvement approach to product integration services, client support and training delivery.

Hillyer will also partner closely with Omgeo’s client community as well as the firm’s board of directors, shareholders and advisory boards to actively build relationships and manage expectations. As such he is a member of Omgeo’s executive team and is involved in developing and executing upon the company’s core strategies. He reports directly to Marianne Brown, president and CEO.

Prior to joining Omgeo, Hillyer held the position of senior vice president of client services at Eagle Investment Systems and has also worked at both Fidelity Investments and State Street Bank and Trust. 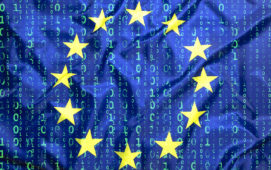 You can listen to the recording of this webinar by registering on this page. The UK’s departure from the EU – whatever the eventual terms – presents financial institutions of all types operating within Europe with a huge change management challenge. Deciding where to locate which activities, how to organise them corporately and legally, how...