Bank VTB has signed an agreement with IBM to provide the bank with an integrated anti-money laundering system, based on a solution from Norkom Technologies. The new system will help the bank better manage risks associated with suspicious transactions.

The project will be developed and implemented by IBM Global Business Services and Norkom Technologies.

As Russia’s leading bank in terms of the number of transactions with international contractors, VTB Bank takes the issues of money laundering and illicit funding very seriously. Traditionally, the bank handled the management of anti-money laundering and counter terrorism financing using separate, siloed systems, which created numerous inefficiencies. In an effort to address this issue, the bank decided to introduce a system built on a single IT infrastructure and compliant with international standards.

VTB Bank announced a tender and received 15 bids from the world’s leading companies. Then, after a pilot system implementation project, the bank opted for an integrated solution offered by IBM and Norkom. The new IBM and Norkom system ensures complex transaction monitoring and system integration with bank storage databases and the bank’s centralised IT infrastructure.

Today’s announcement is timely in light of the tough stance that Russia is currently taking on money laundering. The Russian President, Dmitry Medvedev, recently signed a new law that aims to bring Russian banking legislation into line with recommendations made by the Financial Action Task Force (FATF). This new legislation, which is effective from January 2011, adds to the list of crimes that can be construed as the financing of terrorism and introduces the requirement for closer monitoring of any transactions involving any party from a country that does not comply with recommendations set by FATF. Additionally, financial institutions will be prohibited from revealing to their clients the measures they take to prevent money laundering and the new law will introduce warnings for anyone who breaks the legislation.

Filip Verbeke, sales manager for Central and Eastern Europe and Germanics, says, “We are thrilled to announce VTB as our first joint Russian client with IBM. With Norkom’s risk-based approach to financial compliance, VTB Bank will be able to target investigative resources where it delivers greatest value and reduce the occurrence of time-costly false positives, enhancing the effectiveness of its financial crime management and protecting it from the financial and reputational risks associated with money laundering and criminal activities.”

“In the new era of financial reform, banking and financial institutions will continue to see increased oversight of potential money laundering activities,” said Shanker Ramamurthy, IBM general manager of Global Banking and Financial Markets. “Smarter Banking is about applying the strategic use of technology to help banks comply with the new regulations and provide the flexibility to adapt as the regulatory environment matures and stabilises. We hope to build on our AML work with Norkom to help other leading banks in global, growth markets gain more visibility and accuracy into their risk and compliance efforts.”

END_OF_DOCUMENT_TOKEN_TO_BE_REPLACED 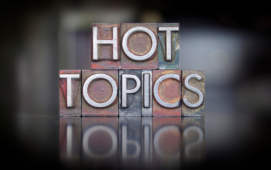