FactSet Research Systems’ DiChristina to Step Down as President and COO

FactSet Research Systems, a provider of integrated financial information and analytical applications to the global investment community, today announced that Michael DiChristina will be stepping down from his role as president and chief operating officer effective 1 October 2009.

DiChristina, who has been with FactSet since 1986 and has been in his current role since 1999, will remain on FactSet’s board of directors.

Don’t miss this opportunity to view the recording of this recently held webinar. The deadline for compliance with Markets in Financial Instruments Directive II (MiFID II) is looming, requiring firms within the scope of the regulation to ensure they have Legal Entity Identifiers (LEIs) in place for all the clients, counterparties and issuers they deal...

END_OF_DOCUMENT_TOKEN_TO_BE_REPLACED 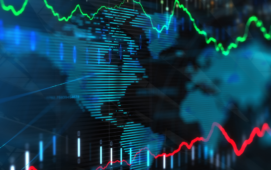