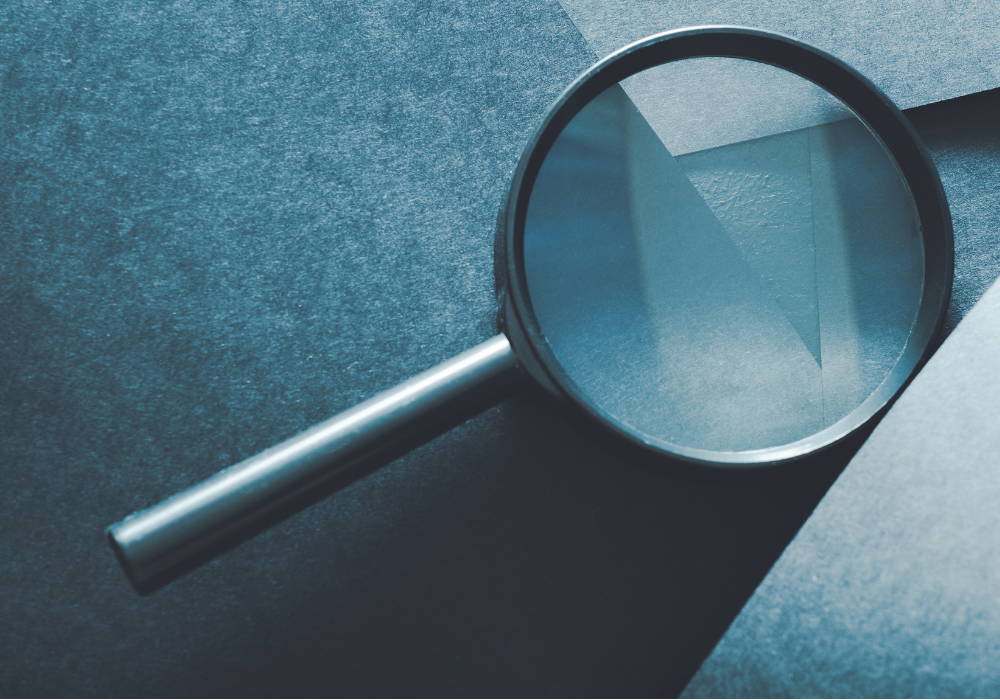 The growing hunger for information on investment portfolio’ ESG positions will lead to much-needed improvements in data quality, analytics and, ultimately, levels of disclosure.

Sign up as a member for ESG Insight today
That was the message from leading market participants at A-Team Group’s ESG Insight briefing this week, which took a snapshot of the sector at a pivotal time for corporate responsibility, as well as green and sustainability markets.

There was a level of optimism across the speakers at the virtual event, who felt that the data landscape was in a good position to help asset managers make the right investment decisions to help bring about environmental change.

“ESG is increasingly an important consideration when mangers construct their portfolios and make their selections in terms of what makes the cut and what doesn’t,” Kay Swinburne, Vice Chair of Financial Services at KPMG in the UK, told A-Team President Andrew Delaney in the event’s opening fireside conversation. “The data they have access to is really important.”

Swinburne echoed the sentiments of a range of speakers from the data vendor and asset administration ecosystem, who expressed confidence that the industry was moving quickly to address some its key challenges.

Gaps in the Record

The one challenge occupying most speakers’ thoughts was the gaps in companies’ reported records. This is making life difficult for asset managers to make comparisons between corporates as they assess where to best allocate capital or where to reduce risk.

Find out more about ESG data, regulations and reporting by downloading our ESG Handbook 2021
The issue is exacerbated by the variable strengths of regulatory bodies worldwide and the levels of ESG reporting compliance they expect. This was confusing and made life difficult for financial companies that operated globally, Fraser Hall, Global Product Manager for FinReg at Adenza, said. Swinburne agreed.

“If you have a global footprint in 100-plus countries, maybe four or five will have disclosure requirements, so you’ve got their data to hand, but the vast majority won’t,” she said. “So you are having to make some assumptions” which means the “ESG data right now is patchy”.

The lack of a common regulatory framework would continue to hamper improvements in data quality, speakers at a roundtable panel moderated by Navin Rauniar, Partner for TCS&MD at the PRMIA UK Steering Committee agreed. Indeed, a poll of briefing attendees taken during the conversation found that the absence of standardised data was the biggest challenge facing market participants right now. 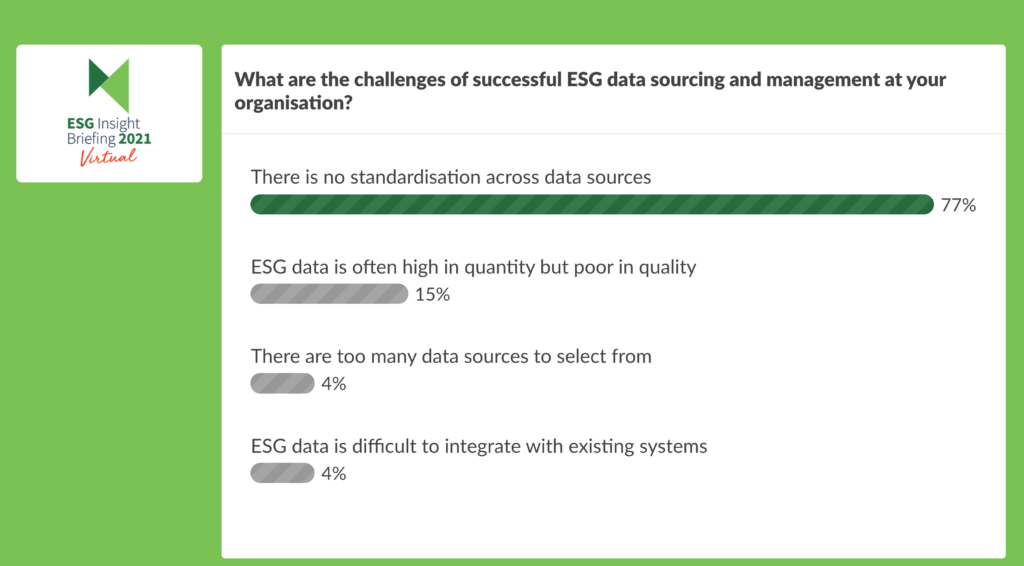 It’s all in the Language

Philip Miller, Co-Chief Executive and Co-Founder of Solidatus, argued that the language of ESG was compounding the development of a standard set of reporting principles. Without hard-and-fast definitions, the data record would always be ambiguous, he said.

Miller illustrated his argument with reference to the experience of establishing a framework for Dodd-Frank more than a decade ago. That process took a year to settle on a definition even of a swap, one of the simplest of financial instruments, he said.

Consequently asset managers were beginning to take matters into their own hands, observed Swinburne. The former Member of the European Parliament who had oversight of the European Union’s ESG legislative programme, said she anticipated an improvement as managers took an increasingly hands-on role in data sourcing and management.

The “black-box” approach to reporting – when aggregated scores for ESG factors were offered without explanation of how they were generated – was worrying data consumers, she argued.

“We’ve got many clients in the capital markets or asset managers saying that’s not good enough for us anymore,” she said. “They’re saying ‘we want to set our own criteria, we want to take the data in for ourselves and analyse it and match it to our ESG criteria’ rather than what some arbitrary third person thinks is good.

“They’re unpicking that data and they’re using it,” Swinburne added. “That’s where we’re going to see things move as the standards get much better – the data quality will improve and the analytics will follow.”

Machines to the Rescue

Technology, especially artificial intelligence (AI) is helping to overcome some of the shortcomings in the ESG data space, briefing participants commented.

Machine learning (ML), for instance, is helping to identify patterns in data and fill holes in disclosure reports – especially in smaller datasets and those of non-reporting private companies.

Priyank Patwa, Director of M&G Labs at London-based investment firm M&G, said ML was enabling the establishment of benchmarks for private and low-reporting firms by studying proxies with similar characteristics in the public space. While such a technique would not always give the most accurate picture of ESG records, it would at least provide a conversation point from which vendors could establish a relationship. That would hopefully lead to greater future disclosure by companies, he said.

Register your interest in our ESG Summit in April 2022 here
Another AI innovation, Natural Language Processing, was offering exciting opportunities for data vendors, especially in managing unstructured data. The technology, which mimics and learns speech and language patterns, can be used to quickly scrape reports and other materials to divine key data points.

“Some institutions have decades of historical data and once that’s made accessible and digestible through AI it can be transformed into powerful decision-making datasets,” Seajay told a panel chaired by Mark Davies, Partner at consultant Element 22.

For small providers such as Orenda, which gathers data from millions of daily social media searches, this is a godsend.

“It’s a great opportunity for smaller companies because history tends to repeat itself and finding those patterns, say in a company’s culture, you start to find valuable insights for the investment community,” Seajay said, emphasising a point that was echoed by Vincent Orti, Head of Data Solutions at Liontrust Asset Management, another smaller firm.

“There’s a tremendous amount of data out there and being able to use that to get a better return on your investment is a great use of AI,” Seajay added.

Getting to that point would require more partnerships between vendors, the panel agreed. The challenges facing the vendors and data managers were common and could be solved quicker when tackled jointly, said M&G’s Patwa.

“There are a lot of challenges we are trying to resolve ourselves but they are all standard and to some extent there is some emerging need for us to collaborate.”

END_OF_DOCUMENT_TOKEN_TO_BE_REPLACED 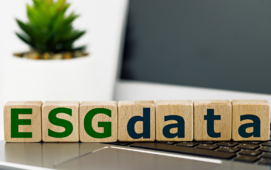 RIMES has released an ESG data management solution powered by its managed data services platform and offering asset managers data needed to evaluate the sustainable credentials of any asset. The solution is based on ESG data sourced from a number of vendors including MSCI, OWL analytics, FTSE Russell, Sustainalytics, J.P. Morgan and, most recently, Fitch...