The Depository Trust & Clearing Corporation (DTCC) has appointed four new members to its board of directors: Stephen Daffron from Morgan Stanley; Bernard Dan from MF Global; Richard Taggart of AllianceBernstein; and Robin Vince from Goldman Sachs. Donald Donahue, DTCC chairman and CEO, hopes that the recently appointed members will provide new insight and direction for the vendor as it attempts to grow its business against the background of the financial crisis.

Donahue reckons the appointees’ global executive experience will assist the board in this endeavour. This year’s board is composed of 18 directors serving one year terms, of which: 14 are representatives of clearing agency participants; two are designated by DTCC’s preferred shareholders, NYSE Euronext and the Financial Industry Regulatory Authority (Finra); and the remaining two are the chairman and CEO and the president and chief operating officer of DTCC. All of the board members except those designated by the preferred shareholders are elected annually.

Daffron is managing director and global head of Institutional Securities Group (ISG) Operations for Morgan Stanley, a role to which he was appointed last year. Prior to this, he was chief operating officer at Renaissance Technologies.

Dan has been CEO of MF Global since June last year, prior to which he was president and chief operating officer of the firm. Before joining MF Global, Dan was president and CEO of the Chicago Board of Trade (CBOT) from November 2002 until July 2007.

Taggart is executive vice president and head of global operations for AllianceBernstein, prior to which he worked for Morgan Stanley.

Vince is managing director and global head of operations for Goldman Sachs. He joined the firm in 1994 and was previously head of global money markets in fixed income, currencies and commodities, before assuming his current role in 2006.

END_OF_DOCUMENT_TOKEN_TO_BE_REPLACED 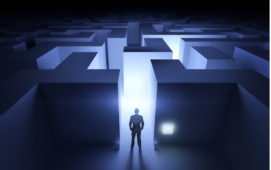