Bowing to market pressure, it seems that the SEC has given the financial trading community a little extra time to implement certain aspects of the so-called Market Access Rule covering pre-trade risk. Instead of a July 14 deadline, trading firms, brokerages and exchanges now have a November 30 date to work to for implementing aggregate risk checks, and for all fixed income trades. But the original deadline for checks on individual equities trades stands, so it may still be work instead of BBQ for many IT folk over this holiday weekend.

It seems that a number of market participants were unhappy with the tight deadline for the more complex requirements of a new regulation – officially numbered 15c3-5 – which require the implementation of various compliance checks on customer orders flowing through their automated “sponsored access” systems. Indeed, there was much debate about the readiness of the community at our recent “Business & Technology of Low-Latency Trading” event in New York City. The problem is not just one of performing the required checks, but performing them without adding significantly to latency.

That said, a few of the bigger firms – Deutsche Bank, Morgan Stanley and Nomura among them – have been touting their order routing systems as ready now for the new rule, and are claiming that the checks add just two or three microseconds of latency. And exchanges including NYSE Euronext and Nasdaq OMX also provide pre-trade risk checks as part of their access gateways.

Other firms – such as Lime Brokerage – are making pre-trade risk functions available to others as a service, via the BT Radianz network, while the likes of SunGard has built compliance checks into its Valdi trading network, leveraging technology from StreamBase Systems. Fixnetix also recently announced iX-eCute, a hardware accelerated trading system, which executes 20+ pre-trade risk checks in less than 100 nanoseconds.

The bottom line, then, is that compliance with the new rule is do-able. But the big firms will leverage their technology prowess and budgets to implement the fastest systems, while a raft of tier 2 firms will likely rely on others to do the heavy lifting, and likely offer checks that take a little bit longer.

END_OF_DOCUMENT_TOKEN_TO_BE_REPLACED 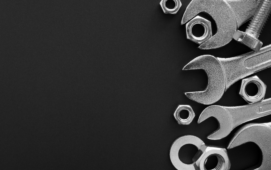