Automating corporate actions and reducing risk associated with manual intervention is proving difficult to pin down as the financial services industry struggles with a lack of standardisation, a growing volume and complexity of events, and different regional interpretations of events. A panel discussion at last week’s A-Team Group Data Management Summit grappled with the problems posed by corporate actions, but could not, at this stage in market development, identify complete and fail safe solutions.

A-Team Group editor-in-chief Andrew Delaney hosted the session, asking Barry Adams of BNY Mellon Asset Servicing to summarise the challenges of corporate actions handling and approaches to dealing with them. He then moved on to discuss the issues with panel members Robert Hofstetter, director and head of securities markets, data and control at Bank Sarasin; and Kevin Brady, executive director at Exchange Data International.

Adams explained: “As data people we love standards, but there is a lack of standardisation and automation in corporate actions. More complex events are coming to the market, there are more regulations and an event can be different in every country it touches. All of this makes it difficult to create standards, although there are industry initiatives aimed at resolving the problem.”

He cited the ISO 20022 standard developed to enhance existing ISO 15022 messaging, but pointed out that the industry is in a period of co-existence with both standards and that it is not clear when a complete cut over will be made. He also mentioned the use of XBRL machine-readable reporting to communicate corporate actions information to investors, but this has been mandated only in the US. In Europe, a Corporate Actions Joint Working Group is developing a list of standardised events and a group in Asia is working on a similar initiative.

On the operational front, Adams detailed the volume and complexity of corporate actions, noting 403,000 events in February 2012, up 11% on the same period in the previous year, and 141 different types of event.

Despite the difficulties of capturing corporate events data, some 70% of which is not automated at source, traders and investors require data in as near real time as possible. Then there is the grey area in corporate actions processing around the tax implications of emerging Financial Transaction Tax.

So many challenges could scupper many an automation initiative, but with a large bill for processing and a high cost of failure, corporate actions remains a hot topic. Brady commented: “The pressure on firms to be timely and accurate around corporate actions is much greater than it was five years ago, but we can only automate certain types of events.

Others need manual intervention as they require critical decisions to be made, this is particularly the case with voluntary events. With so much source data not automated, the data has to be put into a database and then sent out to users. Sometimes, information is only partial and it, too, requires manual intervention to verify. If data is wrong, clients lose money.”

Questioning the slow move to automation, Delaney asked panellists whether it would be useful to instruct issuers to adopt ISO 20022. Adams answered: “We need to look at a consolidated approach with regulatory direction to issuers on issuing information in a standard format.” While this could deliver a desirable outcome, Brady said: “I don’t think it will happen. Some countries wouldn’t agree, but we could perhaps reach 25% agreement.”

While a global and complete solution is elusive, the panel members discussed how smaller, yet sometimes critical, gains can be achieved. Adams said: “Corporate actions can drive P&L. If the data is not accurate and timely it could cost a company millions over a year. The risk is huge, so firms throw systems and people at the problem.”

Hofstetter noted the problem of short deadlines to act on corporate actions that are difficult to meet, but also the value in cleaning and scrubbing data not only for corporate actions, but also other areas of the bank such as private banking and asset management. To improve Bank Sarasin’s handling of corporate actions he has moved on from a single data source into core banking to the capability of using various feeds. This should reduce the amount of time taken by bank staff to verify corporate actions data.

The panel discussed the difficulty of winning budget for corporate actions – or, indeed, any data management project – and concurred that a mix of internal staff, perhaps with different languages and in different locations, and vendor services can provide adequate solutions in today’s corporate events landscape.

Bearing this in mind, Delaney suggested the possibility of an industry utility for corporate actions that would deliver accurate, consistent and timely information, as well as avoid work that is duplicated across the industry such as data scrubbing.

Brady responded: “This won’t work. Many clients use ISO 15022 but none are the same and they want their own solutions. From a volume point of view, how could one utility handle the volume of events worldwide?” Adams added: “Imagine the skills that would be needed across the world, I can’t see that happening.” And a final comment from Brady: “It would just cost too much.”

END_OF_DOCUMENT_TOKEN_TO_BE_REPLACED 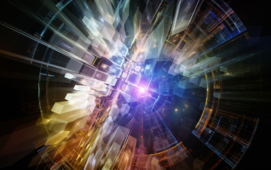