Cloud computing is evolving and becoming a realistic option for reference data management on a large scale, despite ongoing concerns about data security and control.

Looking first at the potential of cloud computing in the financial services sector, Devine said: “Every bank has a box filled with problems that neither legacy technology nor outsourcing can solve. Cloud technology lets banks solve these problems with radically new approaches while conducting business as usual.”

Pickering defined cloud computing as a mainframe with the benefits of resilience and scalability at the flick of a switch, and Fenwick commented: “Software companies are putting a lot of money into cloud technology. It is evolving slowly with the US as a first mover and Europe catching up.”

Impediments to the adoption of cloud technology often cited in the market include the devolution of data control and security to a third party. Fenick pointed out that security, and increasingly cyber security, is an issue not just for cloud but for all solutions. Devine commented: “Cloud security concerns have moved from technical to emotional. At this point, cloud security rivals on-premise security.”

Turning to activities that could be run in the cloud, Pickering suggested reference data could be managed, but not trading data. Devine said: “Rules-based automation, off shoring and point solutions like scrapers deliver limited benefits. They aren’t transformative. The agility and scalability of cloud-based technology integrates and improves on existing solutions and makes them exponentially more powerful.” On WorkFusion’s use of cloud technology, he added: “Machine learning is the heart of our solution. As a bank’s workers do business as usual tasks like extracting IBANs from standard settlement instructions, the software learns to automate the work, delivering straight through processing. This would be impossible with on-premise software.”

Describing the 1View solution, Pickering said: “Many banks haven’t cracked the ability to get data from legacy systems and consolidate it quickly and efficiently. Cloud hardware used by 1View can do this in days, allowing whatever data there is to be integrated and delivered to operational staff for validation.”

The panel members agreed that the greatest advantage comes from building native applications in the cloud, but also acknowledged that legacy applications must often be migrated, at least for the time being. Looking forward, they suggested banks will need to use cloud technology to sustain business, transform the way they perform and meet regulatory requirements. Pickering explained: “In 10 years’ time, banks will have given up some lines of business as regulatory fines will outweigh the benefits they deliver. The driving force is to get out of the current situation, perhaps by looking at organisations such as Ebay and Amazon that handle hundreds of thousands more transactions a day than investment banks.”

Considering the imperative for change, Delaney asked how banks can best introduce cloud into their technology environments. Fenwick said: “Take a simple first step and understand basic problems and requirements. One solution may be to keep time sensitive applications in a data centre and move the rest elsewhere.” Devine added: “Open your box of problems that can’t be solved and take the problems to a cloud provider. There is a good chance they will be solved.” 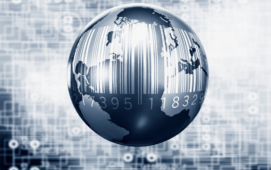 Recorded Webinar: Data Standards & Identifiers: Where are they helping and what more can be done?

Beyond regulatory compliance, what are the opportunities for leveraging standards to improve operational efficiencies? Financial institutions are starting to realise there are clear benefits in taking a strategic approach to data standardisation as they move to more data driven approaches which require good quality, accurate data for analytics and AI programmes. This webinar will review...

END_OF_DOCUMENT_TOKEN_TO_BE_REPLACED

Enterprise data is following market data to the cloud as financial institutions seek greater efficiency and reduced costs by moving non-core data management processes off premises, while retaining mission critical apps and data in-house. They are also looking to democratise the data as its importance to the business is recognised. These tasks are difficult to...