As part of its Carbon Reduction Commitment (CRC) emissions trading scheme, the UK Environment Agency is asking firms to register their organisational structure in order to determine their carbon emission allowances. This necessarily involves financial institutions tracking reference data on the assets they hold and those held by their subsidiary entities, all of which adds up to a fairly significant data management project. Meredith Gibson, senior vice president and counsel at Citi, explains to Reference Data Review that her firm has already dedicated a full time resource to the project but much more clarity is needed from the Environment Agency on certain details.

The CRC Energy Efficiency Scheme (as it is now known) is a mandatory carbon emissions trading scheme to cover all organisations using more than 6,000MWh per year of electricity (equivalent to an annual electricity bill of about £500,000). Each year, the CRC requires participating organisations to purchase and submit sufficient allowances to meet their annual emissions covered by the scheme, which will be able to be traded from next April onwards (or so the agency hopes).

In order to be able to determine a firm’s current standing with regards to its allowance, however, is far from an easy endeavour. For its part, Citi is currently speaking to one of the “magic circle” law firms regarding its own project for compliance with the scheme, says Gibson. “It is a major challenge and it seems to be one of those pieces of legislation that we are seeing more frequently in that it appears to be simple in terms of objectives, but it is actually fiendishly difficult in terms of detail,” she explains.

What the Environment Agency is actually setting out to do is to get a picture of carbon reporting in the UK, which Gibson contends sounds really easy to do but in fact once you start unpacking that, it is talking about all carbon emissions in the UK. “The reason I got involved in the project was because of the data requirements and we are looking at all of the regulatory initiatives that are asking institutions to know your customer, your instrument or your product. The CRC is another example of regulators requiring banks to be omniscient,” she continues.

What the CRC initiative is asking banks to do is to know exactly what they own and where. “It sounds very simple and you start with your structure chart, but then you go into nitty gritty stuff like investment vehicles. If you have an investment vehicle that owns a power plant, then what happens? Where does that sit? The answer to that is that the ‘ownership’ appears to sit where it is easiest to track, but possibly not where it ought to sit in terms of legal ownership. For example, if you look at a unit trust as an investment vehicle, then the investment manager buys assets for the unitholders. The unitholders are the beneficiaries and have the economic interest, but it may be the trustee of the trust that must declare the emissions. The treatment of this is unclear at the moment and the Environment Agency hasn’t clarified it as yet,” elaborates Gibson.

This is the level of sub-aqueous investment activity detail that the industry has to get into to deal with this issue, if you use an iceberg metaphor: special purpose vehicles investing in power plants or airports.

Moreover, the reference data project doesn’t directly involve customers or instruments such as securities and therefore has to stand alone from Citi’s other regulatory driven projects. “What you need to do is build an infrastructure that can provide the people involved in M&A activity with the data to be able to factor in the CRC considerations. It also needs to be built into the process around investment so it is on the checklist for purchase of assets and structuring investment vehicles,” explains Gibson of the downstream impacts.

Going forward it is therefore quite a sizeable exercise and going backwards it is fiendishly difficult, she contends. Gibson also predicts there may be a lot of plea bargaining with the agency because it will be very difficult to get right at the outset. Registration is supposed to be going on now but the agency has admitted that people are delaying registration due to these challenges. “The snapshot picture was taken at the end of 2008 but nobody had the ability to fathom how to do this work at that point and there were many other priorities at that point in time,” she says.

Unlike the Financial Services Authority (FSA), however, the agency is not looking to be punitive in the first instance but it has warned that it will be visiting and auditing people. “This is a voyage into the unknown for everybody – for the agency as much as the institutions – and there will be a period of adjustment,” says Gibson.

Much like other reference data projects, there is also no one size fits all solution to the challenges. The scale and complexity of the projects depends on how each institution has structured itself and the type of activities it is involved in. Those firms with a lot of investment activity will probably find it trickier than those with a simpler corporate structure. “Citi is a global entity that makes a large number of investments and the business units making the investments don’t necessarily speak to each other due to the siloed nature of data management,” says Gibson.

What with the slew of regulations related to transaction reporting under MiFID, the Single Customer View and KYC (to name just a few), the financial services industry is labouring under a fairly heavy burden with regards to new reference data requirements, but these CRC registry requirements are an often overlooked area of change. However, given that firms as large as Citi are getting on board with the changes, it is something that cannot be ignored for long.

More details on the registration aspects of the scheme are available here.

END_OF_DOCUMENT_TOKEN_TO_BE_REPLACED 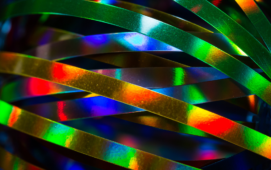 Adopting a multi-layered approach to financial crime compliance and identity proofing is an essential best practice for financial institutions seeking to protect themselves from fraud and other criminal activities. That’s among the key findings of this year’s edition of LexisNexis Risk Solutions’ annual True Cost of Financial Crime Compliance Global Report. The report – based on...