Coexis has promoted Sunil Shah from chief operating officer to chief executive officer, taking the place of Terry Williams. Williams has become chairman as the company aims to establish a presence in the U.S. and expand into the Far East. The former chairman Barty Smith has stepped down to become a non-executive director. Congratulations to the team for raising £100,000 for Sense International by doing sponsored trek up Mount Kilimanjaro in Tanzania.

Recorded Webinar: The opportunities and challenges of open source symbology

This webinar has passed, but you can view the recording by registering here. Open source symbology initiatives that offer free access to unique identifiers designed to help financial institutions manage information from financial instruments to events and people are emerging in capital markets. Their aim is to overcome the complexity of managing multiple vendor and...

END_OF_DOCUMENT_TOKEN_TO_BE_REPLACED 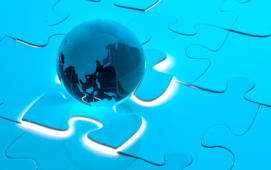