Bank of Canada Governor Mark Carney is the “right person at the right time,” according to BMO President and Chief Executive Officer Bill Downe, upon learning of Mr. Carney’s appointment today as Chair of the Financial Stability Board. “Governor Carney comes to the post at a time when the international financial community is seeking clarity,” said Mr. Downe,”. “His performance at the helm of Canada’s central bank inspires confidence that we will move in that direction.

“There is no question that the Governor is exceedingly capable and he has enormous personal credibility – both in Canada and around the globe. He brings clarity of purpose and steely resolve to the role, yet has the consensus-building skills to improve the resiliency of the global financial system.” Mr. Downe added there are significant challenges as new regulations governing the global banking industry are phased in over the next few years.

“The banking sectors in many countries need to build capital,” said Mr. Downe, “but it is critical that the new standards be applied evenly and consistently. We must have a level playing field.” Mr. Downe noted the importance of dialogue between the regulators and the regulated.

“The Canadian system worked during the challenges of the global financial crisis,” said Mr. Downe, “and one of the reasons why it worked is because there was early, open and frequent dialogue between Finance Minister Jim Flaherty, Governor Carney, Banking Superintendant Julie Dickson, and the CEOs of the banks and insurers. There is a high level of trust between all of us – which continues to serve Canada and its financial system well.” 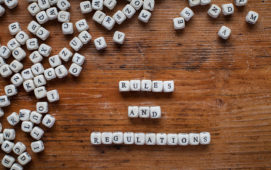 Recorded Webinar: How to find common ground for data management across multiple regulations

We’ve asked over many years how financial institutions can find common ground for data management processes to meet the requirements of multiple regulations, such as MiFID II, MiFIR, EMIR, MAR and BCBS 239. While this is a goal most firms have aspired to, the reality of pressing deadlines for regulation after regulation meant firms had...