As expected, the issue of data sharing across regulatory borders has proved to be a particularly controversial issue over recent months. A case in point is the recent response to the Financial Stability Board (FSB) by the Global Financial Markets Association (GFMA) on the subject of recovery and resolution planning, which suggests that home country regulators should have ownership of the data and “broad-based sharing” of these plans (which include legal entity hierarchical data) should be avoided. And you can bet that the FSB will face another similar backlash about data sharing on the shadow banking oversight issue too (see more on which here).

In its response to the FSB consultation on living wills, GFMA states: “In accordance with the goal of creating a consistent and uniform planning process, and considering confidentiality concerns, we suggest that the home country resolution authority should limit access to the recovery and resolution plan by foreign resolution authorities to those resolution sections relevant to the particular jurisdiction. Broad-based sharing of plans provides little additional supervisory benefit, and the greater the amount of data shared among multiple supervisory agencies and regulatory authorities and their staff, the higher the risk of leaks or unauthorised access.” Not quite the unfettered access to data the regulators have been pushing for…

Data security is obviously a concern when it comes to potentially sensitive data such as this, but it has also been raised as an issue for the data that is to be collected by the Office of Financial Research (OFR). The regulatory community may be keen for some of the basic underlying reference data to be made freely available to increase market transparency and standardisation, but certain aspects of entity related hierarchical data and data related to particular OTC markets have been flagged as points of concern and even the economic data held by the OFR itself. In July, Alan Paller, founder and research director of the global security focused Sans Institute, warned the Treasury that federal agencies currently prove to be easy targets for cyber attacks (see more here).

Too much transparency, industry participants argue, could also be seriously damaging to markets. Just look at the Association for Financial Markets in Europe’s (AFME) response to the European Commission on MiFID last month in which it acknowledged the need for greater transparency in the non-equity markets, but cautioned that a different data tack should be taken for fixed income, FX, commodities and derivatives (see more on which here). MiFID’s current public transparency regime cannot therefore be simply replicated for these markets: “To do so, could drain the liquidity in a significant portion of these markets,” it warned.

So, how much data can therefore be shared freely? Should it be limited to the identification codes alone? Or could other details be provided? What about entity linkages? If it is limited, how much value could these codes actually add?

The ever-present issue of territoriality is also rearing its head in the data sharing argument, with certain jurisdictions keen for a single repository of data for each market and others demanding competition and regional versions. GFMA is not alone in its desire for some level of discretion for domestic regulators and resolution authorities with regards to decision making and data sharing, after all. A number of derivatives industry participants have been very vocal about their desire to have an alternative to the Depository Trust and Clearing Corporation (DTCC) on offer in the trade repository space, for example.

It is interesting to note, however, that the incoming draft of MiFID II indicates that the European Commission is keen to limit the amount of discretion each member state regulator will have over the details of implementation. No doubt, in an attempt to stamp out the significant discrepancies in areas such as transaction reporting. If this is approved, it will mean big changes in the application of data standards across the region and, seemingly, on a regional level at least, concerns about data sharing with regards to items such as transaction reports have not been prevalent.

END_OF_DOCUMENT_TOKEN_TO_BE_REPLACED 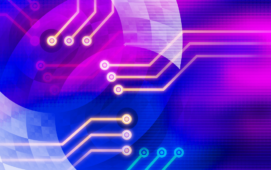 In financial markets, digitalisation is a hot topic. But until now, much of the work around digital transformation has been focused on front-office workflow and the customer experience, rather than back-office functions. But the back office is arguably where a clear digitalisation strategy can yield some of the most significant benefits, particularly as the industry...