Standards are tricky beasts, they may be developed for one purpose and misused, and they are also often appropriated for purposes for which they were not initially intended. So choosing the right standard for something as important as legal entity identification (LEI) is obviously not a decision to be taken lightly and it is one that is keeping many in the industry up at night, ahead of the final decision by the Office of Financial Research (OFR) on the right standard to use at the start of next year (see more on which from the OFR’s Richard Berner here).

The delay in the final decision about whether to go ahead with the ISO 17442 standard that was selected by the Sifma led industry group, which was charged with providing feedback to the OFR earlier this year (see another blog about the delay here), has given the industry some welcome breathing space to reflect on the decision. And this, in turn, has resulted in a whole host of questions being aired and shared, and fired my way.

One of these burning questions has been who was in the running to get the job and why were DTCC and Swift really selected to act as the facilitators of the new standard. Since the selection of these two parties, more details of the beauty parade of vendors that were in the race have been revealed (albeit not publically shared). It seems that both Thomson Reuters and Cusip Global Services made the final cut of five vendors to face the selection panel, only to step aside in favour of the DTCC/Swift bid at the last minute.

To provide a bit of background, the selection process involved the whittling down of proposals from the initial 21 (as I noted in my story on the subject from back in July, see here) to 14 who put forward formal proposals during the RFP, and a further cut to the final five. The final decision on the five shortlisted was made after a very hasty day or so of reviewing the proposals, during which time individuals from the evaluation committee (which comprised of 68 members) judged whether the contestants had adequately the 15 questions they had been posed.

Moreover, given that the committee included 68 individuals from these 23 organisations, what was the weighting given to these firms? Were there more people involved from Fidelity than Nomura, for example? These and many more questions have been asked over the last month or so. No wonder the US Treasury has felt compelled to seek international input on the issue.

The scope of the LEI project has also caused some concern. It was initially tagged (pardon the pun) for the identification of systemic risk by the new US Treasury agency but has since morphed into a ‘do everything’ identifier for the US regulatory community (and beyond). In light of the crackdown on the shadow banking industry by the regulators (see more on which here), will this increase to include every legal entity in existence? In that case, is the identifier suitable for those purposes? Are Swift and DTCC the right parties for the task of operating such a vast global utility? Could they pose a systemic risk in such a role themselves?

What about corporates from the payments industry perspective? Will the LEI become the de facto standard in that space?

On the securities side of things, what is the likely impact on issuer data of the LEI’s introduction (issuer, parent, ultimate parent)? Will all vendors need to provide the LEI for each level of the issuer hierarchy? If so does this mean that the definition of the entity relationships will become part of the LEI or will the relationships continue to be defined individually by each of the vendors?

Transaction reporting and reporting to data repositories are already being considered as part of the LEI’s stable, but have the implications of this been fully thought through? How much could all of this cost the industry?

The UK Financial Services Authority (FSA) has been quite diligent over the last few years in attempting to provide impact assessments of incoming regulatory change (albeit with mixed results), shouldn’t a similar endeavour be undertaken with regards to the introduction of an LEI? Giving the industry a rough estimate of cost, scope and next steps via a definitive timeline would be a start.

Basic questions about what the proposed LEI’s 20 characters will comprise of have also been aired frequently over the last week or so. How will hierarchical cross references feature in ISO 17442?

The proposals mentioned a role for ANNA and its federated model in supporting Swift and DTCC, how will that work? Was ANNA given enough of a shot in the first instance when it went up against Swift during the ISO led selection process (see more on which here)? These and many more operationally related queries have cropped up.

As you can see, before you can get any input from the industry, a lot of burning questions need to be answered first. It is very far from a done deal.

END_OF_DOCUMENT_TOKEN_TO_BE_REPLACED 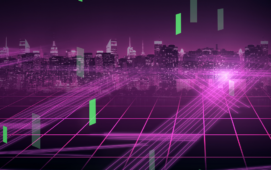 For broker-dealers, collapsing technology silos across the front, middle and back office has become increasingly important in the relentless drive towards cost reduction and greater efficiency. As technology has advanced, forward-looking firms are taking an enlightened approach to technology development and investing in consolidation across the entire trade lifecycle. Not only does this present an...