Additional International Consensus on the Proposed LEI Needed Before Rules Can be Issued in 2012, Says OFR’s Berner

Although the Office of Financial Research (OFR) was due to issue a rule regarding the adoption of its proposed legal entity identification (LEI) standard before the end of last month, the deadline has slipped due to the need to gain additional international input on the subject, according to the Treasury’s Richard Berner. Berner, who was appointed counsellor to the secretary of the US Treasury and a champion of the OFR earlier this year, indicates that rather than sticking to the initial 15 July deadline set by the group back in November last year, the OFR will instead engage in an outreach programme to build global consensus on the key issues first and then issue final rules next year.

The OFR reckons that “sufficient progress” can be made to allow for an initial phase of implementation in 2012 and it therefore intends to issue a notice of proposed rulemaking “consistent with that timeline”. This lack of clarity on a definitive timeline for progress could be read by some as a sign that the Treasury agency has hit a rocky patch in terms of political support at a time when budgets are tight, but it is quick to stress that it “remains strongly committed” to the implementation of a new entity ID standard.

The Treasury agency is also no stranger to delays – it has been waiting the best part of a year for its director to be appointed (although this could also be down to a number of political issues). However, the reasons around the delay related to LEI adoption have at least been addressed directly by the OFR.

The OFR had planned on issuing a notice of proposed rulemaking on the subject of the LEI last month, but the delay can come as no surprise to most, given that some questions have been raised about how international the whole selection process has truly been. The industry selection committee that determined that Swift and the Depository Trust and Clearing Corporation (DTCC) should support the adoption of the ISO 17442 standard was dominated by three associations – the Association for Financial Markets in Europe (AFME), the EDM Council and Sifma – and 14 primarily US-based and European financial institutions, after all. Moreover, the evaluation committee for the standard and LEI infrastructure itself comprised 68 members, with the EDM Council and the Financial Services Roundtable as the only two associations on the list. Seeking to prove that there is truly international support for the standard and the proposed support structure is therefore a warranted step.

Berner explains: “The OFR will continue to work with policymakers, regulators, and the private sector to achieve a mutually agreeable, effective, and timely global LEI solution. An LEI would serve as a cornerstone in fulfilling the G20 mandate to improve market integrity and regulators’ ability to mitigate risks posed to the financial system.” This is the same tune that he has been singing over the last couple of months, including during the July, government organised roundtable on the subject of the OFR. During that event and on the subject of international input, Berner noted that the Financial Stability Board (FSB) could act in a key role to “establish a dialogue among regulators and industry to establish a global LEI embraced by all.”

To this end, the FSB will be hosting a two day workshop on 28 and 29 September to discuss how to coordinate work on LEI and move the initiative forward. The OFR is therefore working with the FSB secretariat organise this workshop, which it says will include involvement from “stakeholders and experts in finance, data, and technology from the public and private sectors.” One objective for the workshop is for public sector participants to develop a roadmap for their next steps in the development and implementation of an LEI (make sure you get on that list).

The Commodity Futures Trading Commission’s (CFTC) data standardisation subcommittee has also recently met to discuss the subject of the LEI, as well as a range of other standards issues. This group is therefore also seeking to gain international consensus on the subject of the LEI, instrument identification, semantic representation of financial instruments, machine readable legal documents and the storage and retrieval of financial data by regulators. As such, it will, no doubt, play a part in supporting the OFR’s endeavours over the coming months to this end.

In fact, the OFR has noted that it will be coordinating much more closely with the CFTC and the Securities and Exchange Commission (SEC) with the aim of “all three agencies to require the same system for identifying parties in reporting.” The two regulators are looking for an entity ID standard to be used in reporting swaps transactions to new data repositories. The Treasury agency also noted in its recent statement that a task force of the Committee on Payment and Settlement Systems (CPSS) and the International Organisation of Securities Commissions (IOSCO) has been evaluating the potential use of an LEI for OTC derivative reporting worldwide.

On a national level, the Canadian Securities Administrators published a consultation paper calling for each participant conducting a derivative transaction in Canada to be assigned an LEI based on universal internationally accepted standards. And, recently, the Hong Kong Monetary Authority (HKMA) published a consultation paper on reporting to the Hong Kong Trade Repository (HKTR), which states that the HKTR will work with the HKMA to consider how to incorporate a global LEI into that reporting.

In the meantime, the OFR indicates that it will be working with the same group of associations and firms that were involved in providing feedback on the LEI and its related infrastructure to “make sure that all stakeholders have adequate opportunity to inform future decisions.”

END_OF_DOCUMENT_TOKEN_TO_BE_REPLACED 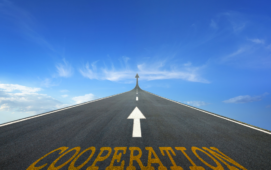