It’s official, the frontrunners in the bid to act as issuer and facilities manager for the incoming legal entity identifier (LEI), Swift and the Depository Trust and Clearing Corporation (DTCC), have received the backing of the 17 strong Sifma led coalition of industry associations and firms (some interesting dynamics in the makeup of the group have occurred – more on this later) involved in providing feedback to the US Office of Financial Research (OFR). The group has also indicated its backing for the Association of National Numbering Agencies (ANNA), which missed out on the opportunity to act as the registration authority for the new ISO standard back in May, to act in a support role as a “key partner” for federated registration of the new ISO LEI.

Back in February, Sifma hired PriceWaterhouseCoopers to support this selection process and evaluate all the vendor offerings out there on the market to be able to meet this July deadline for establishing a new legal entity identification standard, which has been mandated by the Dodd Frank Act. In May, the group published 14 key prerequisites and established an aggressive set of deadlines for vendors to submit proposals to bid for the gig as the technology provider and issuing body for the new standard (as well as for a host of support roles). Now, after what it calls a “rigorous eight week solicitation and evaluation process,” the recommendations have been published (see the bottom of the story to download the document) and it is over to the OFR to decide whether to follow the group’s recommendations.

Tim Ryan, who is CEO of GFMA, which comprises of three members: the Association for Financial Markets in Europe (AFME), the Asia Securities Industry & Financial Markets Association (ASIFMA) the Securities Industry and Financial Markets Association (Sifma), explains the rationale behind the selection: “These groups together possess the strong scope, scale and experience necessary to meet the global financial services industry’s requirements and make a global LEI solution successful. An international standard for an LEI solution would enable regulators and individual firms to better monitor systemic risk. GFMA, through its work with global market participants, has developed a framework for a globally viable solution that will be available to regulators around the world.”

The bidders for the various roles had to jump through a number of hoops to receive the group’s approval, including meeting the minimum criteria set out in the various documents on the subject and a final, in person grilling. Given the amount of time and investment that appears to have gone into the project by joint bidders Swift and DTCC (including acquiring Avox last year), it is therefore no surprise that they have bagged the approval of the evaluation committee charged with making the final selection (see more on who was involved in this group below).

GFMA indicates that the group now intends to “consult further with the international regulatory community, as well as the recommended organisations and other parties, to understand fully the requirements that could make the global implementation and adoption of the LEI solution possible.” These discussions will include establishing a potential governance structure for the new LEI issuing infrastructure.

For now, the detail of how all the pieces will fit together is rather vague, with the group noting that other bidders may be able to act in “complementary roles” with regard to federated registration. However, the group is certain that Swift and DTCC (especially its Avox subsidiary) should act as key partners to operate the core LEI utility as the central point for data collection, data maintenance, LEI assignment and quality assurance. Swift will therefore register and assist entities with self-registration, whereas DTCC will collect requests for new LEIs to be created, validate the information provided by leveraging Avox’s capabilities, maintain and store the reference data associated with each LEI, and maintain the public distribution of the LEI database.

Moreover, ANNA may have lost out to Swift in the selection process back in May to act as the registration authority for ISO’s new 20 character legal entity ID code, which is currently in draft format, but the proposal to act in a support role should take some of the sting out of the tail of that decision. To this end, ANNA, through its network of local national numbering agencies (NNAs), is recommended as a key partner in the solution for registering, validating and maintaining LEIs for issuers, obligors and other relevant parties in their home markets. The NNAs are envisioned to serve as the “face” of the LEI utility to those markets while leveraging the functionality of the centralised LEI utility for the assignment, further validation and global distribution of LEIs.

The selection of the ISO 17442 standard is also no surprise, given the wish list set out by the Sifma led coalition back in May, which stressed the need for a global solution. On this note, the recommendations state: “This standard meets the characteristics set forth by the trade associations; specifically, that the identifier be persistent, neutral, singular, unique, extensible, structurally fixed, reliable, and interoperable. Created through the robust ISO process, it has the foundation to become the internationally recognised data standard for the identification of legal entities.”

As for who was in the running and didn’t get selected, a total of 21 solution providers tabled their proposals and four made the final shortlist. Despite the fact it promised to release a list of the bidders once the selection process was completed, the group has not yet done so. The group has, however, said that it would not release the content of the solution provider submissions due to the “non-public, competitive and proprietary information included therein,” although it has stated that responses were not, as initially planned, anonymous during the selection process.

There have also been some interesting changes in the dynamics of the group providing feedback to the OFR on the subject of the LEI. The group of associations originally leading the charge comprised of: the British Bankers Association, JWG’s Customer Data Management Group (CDMG), the Clearing House Association, Enterprise Data Management Council, the Financial Services Roundtable, the Futures Industry Association (FIA), GFMA, the Global Regulatory Identifier Steering Group (GRIS), the Investment Company Institute (ICI), and the International Swaps and Derivatives Association (ISDA). While all of these associations have continued to be involved in providing feedback, it seems that AFME, the EDM Council and Sifma now dominate the final global steering committee, with 14 individual financial institutions also setting the agenda.

Moreover, the evaluation committee for the standard and LEI infrastructure itself comprised 68 members, with the EDM Council and the Financial Services Roundtable as the only two associations on the list. The industry update distribution list (essentially those kept in the loop about developments) consisted of 251 members from 73 different firms and associations, with some participation from those in the Asian region.

Check out Appendix A in the document to see the full, rather complicated, structure of those engaged in the LEI endeavours. One has to wonder whether, given the changing dynamics of the group, some voices that have come across louder than others, especially on the individual institution front? Moreover, there has to be some question of regional bias in the discussions, given the structure. How involved have the Asian and European institutions been in providing feedback during the “weekly feedback cycle”, for example?

END_OF_DOCUMENT_TOKEN_TO_BE_REPLACED 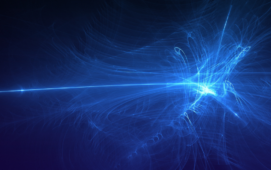 By Angie Walker, Global Head of Capital Markets Business Development at R3. Businesses across the globe have implemented digital transformation strategies on an unprecedented scale as they battle against the fallout from the coronavirus pandemic – and fund managers are no exception. Fundamental digital transformation requires a totally new approach to the way in which data...