The Emergence of RegTech

As 2017 unfolds, we continue to be in the midst of a period of momentous change in financial services, with the evolution of technology teetering on the edge of radically reshaping the entire industry. The period of hype surrounding the term ‘big data’ has given way to a more measured reality. Even so, data and digitisation are increasingly defining our day-to-day working lives.

As more devices become digitised, more data is being captured. As this data comes to market, investors are going to need to figure out how to ingest all of it, mine it and understand where its value lies. Some of it won’t be useful, but some will inevitably have value. Separating the signal from the noise in the face of all this new data is going to be a significant challenge for most investment firms, whether their focus is on investment activity, risk and compliance, or sales and marketing.

In view of this shift, firms are making increased use of new data and analytics tools and services as they strive to aggregate all their data and use overlay tools, like machine learning, to help interpret it. A by-product of this wave of new data is a greater range of analytical tools, including sentiment, behavioural and predictive analytics. It’s impossible for humans to digest all of this new data themselves, so the balance of man and machine will continue to tilt more towards machine.

Where does RegTech fit into this?

It’s no secret that regulators around the world are asking for more data. MiFID II, PRIIPS, SFTR, AML/KYC and Solvency II are particularly high profile right now. MiFID II, for instance, will change substantially how trading models work in the industry, how all transactions are reported, and how the buy-side sources its research and distributes its products. Firms have to report a lot more to the regulators, and what they have to report often differs for different types of products in different countries and under different regulatory regimes, all of which makes this work increasingly challenging.

Regulators are also setting a higher bar using BCBS 239 and other new rules to improve the quality and governance of the data that is sent to them. They are demanding good data, they want it in near real time, and where relevant, they want look-through level detail. They are also demanding greater protections for personal information, such as through the pending GDPR regulations, and they are increasingly demonstrating a no-tolerance mindset for data security breaches.

Similarly, regulators are raising expectations in terms of market surveillance through regulations such as the European Union’s Market Abuse Regulation (MAR) and stricter enforcement of AML/KYC provisions. Hence financial institutions must not only apply new data and analytic techniques to the search for alpha, but they also must do so with respect to regulatory compliance. No firm wants to be in a position where regulators uncover malfeasance from their data when they themselves did not.

From a technology perspective, these regulatory requirements and expectations have fuelled interest in RegTech, which will ultimately lead to an improvement in tools for risk management and compliance, and hopefully, a reduction in compliance costs relative to what the industry is currently incurring. The global focus on RegTech will likely escalate for the foreseeable future as asset management firms look for – and demand – best-practice tools to help them meet regulatory requirements and avoid errors and non-compliance.

While the focus on RegTech is snowballing as a result of all of the new regulations coming into force and increased regulatory expectations, this in many ways is just the tip of the iceberg. Extensive and systemic changes are deeply affecting how companies must run their businesses and present themselves to regulators and other high-level stakeholders. Much like the wider FinTech sector, RegTech is shaping how firms use the growing amount of data they are handling. RegTech is not just about compliance, it is also about competitive advantage, and this is increasingly driving the commercial narrative around RegTech offerings in the marketplace.

In line with this focus on RegTech, industry participants are increasingly investigating emerging technologies capable of facilitating such change, with artificial intelligence and blockchain often touted as key areas of focus.

Speak to nearly any market participant and they will acknowledge a belief that blockchain is going to have a significant impact on financial services in some shape or form. Hence, it is often seen as one of the more compelling emerging technologies. The simplest way to think of blockchain is as a database shared by all participants.

This technology could allow near instantaneous and decentralised distribution, verification and record-keeping of transaction, customer and distribution information, potentially far more effectively and efficiently than current methods. In a nutshell, it could create a single source of truth with far reaching consequences. Because of its distributed ledger (database) model and use of asymmetric cryptography, blockchain has the potential to create reporting and record-keeping systems that are not only more efficient than existing options, but also more transparent and secure.

If adopted it will have a significant impact, starting with areas that are (a) manual, (b) don’t require a lot of stakeholders to align, (c) have intermediaries that create a single point of failure and add cost to the system, or (d) are new, therefore lending themselves to adoption of blockchain technology from the get-go.

Early implementations are likely to be on a limited scale or in greenfield areas where legacy issues and standardisation requirements are less of a factor. The areas likely to be impacted first will be areas such as bank loans, liquidity management (collateral management, securities borrowing), derivatives, and broader settlement areas.

With broader adoption in the longer term, blockchain could ultimately become a standard for financial transactions and real-time settlement, increasing transparency and efficiency in a highly fragmented industry. This represents a fantastic prospect for the industry as well as exciting, new opportunities.

The industry is still far from realising the full impact of RegTech, blockchain and other emerging technologies. Financial institutions, however, cannot count on business as usual. Those that do not embrace change and bury their heads in the sand risk being left behind.

To find out more about RegTech and its implications, register for A-Team Group’s upcoming RegTech Summits for Capital Markets in London on 6 October 2017, and in New York City on 16 November 2017.

END_OF_DOCUMENT_TOKEN_TO_BE_REPLACED 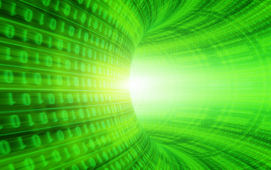