Capco announced the appointment of Jonathan Rose as a partner in their UK team. (Capco press release.)

The former head of UBS’s investment bank Carsten Kengeter is to become the next chief executive officer at Deutsche Boerse. (Read here via Reuters.)

OpenGamma announced that Mark Beeston Mark Beeston has been appointed as chairman of the board of directors. The firm also appointed Cristobel Conde, former CEO of SunGard, to its board. (OpenGamma press release.) 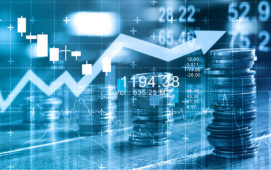 Is your firm struggling to get cost-efficient data management in place to meet both strategy and regulatory requirements? Could innovative data management help to deliver much-needed business growth at your firm? Are you short of resources and skills to implement best practice data management? If your answer to any of these questions is yes, you...