Teradata developed the service in response to firms seeing predictive models as a cost they get stuck with when those models are needed for certain kinds of trades, says Sri Raghavan, global product marketing manager.

Major firms such as JPMorgan and Citi use significant structures for trades, so the data they generate is continuous and becomes enormous in terms of volume. By mixing and matching algorithmic models with analysis of the paths that trades take, multi-genre analytics can generate conditions that should be met before a trade proceeds, according to Raghavan.

“Some broker-dealers or traders put a lot of unstructured text into their trades. There is a lot of text parsing that needs to happen. That all has to happen even before doing path analysis,” he says.

Structuring and organisation of text information from trades has to be completed as a pre-requisite for multi-genre analytics. The practise then functions by choosing and applying appropriate analysis methods, as Raghavan explains.

“It’s usually a combination of analytic techniques that are applied in an ensemble manner,” he says. “Then a predictive model is generated which determines which band a trade can fall under, with some likelihood. Usually a distribution of likelihoods is given and the one with the highest likelihood is picked.”

Compliance with the SEC’s Consolidated Audit Trail (CAT) regulation is just over 18 months away, meaning broker dealers within the scope of the regulation need to get started on their response. Like Markets in Financial Instruments Directive II (MiFID II), CAT reporting presents significant – and similar – data management challenges, particularly around customer, account...

END_OF_DOCUMENT_TOKEN_TO_BE_REPLACED 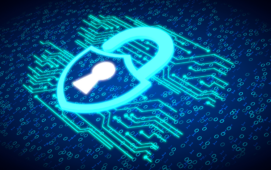