The benefit of operating on the ground is, of course, that you get to figure what’s really going on. None of this learning vicariously through various media, like this one. The real deal.

And so it wasn’t long after touching down in New York – well Newark, actually, after an 18-hour haul courtesy of Continental – that I learned that Danny Moore, former CEO and COO of Wombat Financial and a primary player in the emergence of NYSE Technologies, was “no longer with the company.”

In fact, Moore resigned three weeks ago. His whereabouts are unknown, but he’s presumably on the beach (who could blame him?). A NYSE spokesman confirms his departure, but couldn’t say who, if anyone, had taken over his responsibilities.

In the last role at NYSE Technologies that we were aware of, he was chief operating officer of the company, reporting to CEO Stanley Young, a slot opened up by the departure of one-time TransactTools CEO Sam Johnson. The two – Moore and Johnson – had been co-heads of NYSE Technologies’ short-lived predecessor, NYSE Euronext Advanced Trading Solutions, formed by the acquisition of Wombat, TransactTools and others.

Once the initial shock of Moore’s departure had subsided, it dawned on me that his strong entrepreneurial talents, which helped propel Wombat from obscure feedhandler developer to $200 million NYSE Euronext acquisition, may not be the best fit for a large and increasingly diversified company like NYSE Technologies.

Time to hit the beach with a book, and ponder Wombat Mk II.

END_OF_DOCUMENT_TOKEN_TO_BE_REPLACED 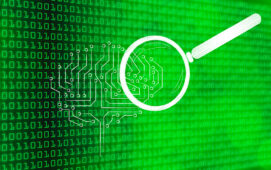