Fiserv’s Financial Control Solutions business has added three new permanent members of staff to its management team. Elizabeth Elkins, who has been filling the role of general manager of the division, which was formerly CheckFree ORM, has now been made permanent. Andrew Thompson has been appointed vice president for global sales and relationship management and Roy Williamson has been appointed sales director for the UK, Middle East and Africa.

Elkins has 18 years of experience working with organisations such as Fiserv, CheckFree, Carreker Corporation and the Federal Reserve Bank. For the last eight years she has held executive positions within organisations that are now part of Fiserv.

Thompson has served in a variety of leadership roles for the reconciliation practices, which today comprise Financial Control Solutions. These include tenures directing international operations and North American sales for CheckFree as well as heading global operations for Accurate Software.

Williamson has held a variety of senior level roles with Fiserv, Netik, Trema and Thomson Financial. Most recently, he was managing director at SunGard Ambit, overseeing business development in emerging markets, such as Eastern Europe, Russia, Middle East, Africa and Pakistan.

END_OF_DOCUMENT_TOKEN_TO_BE_REPLACED 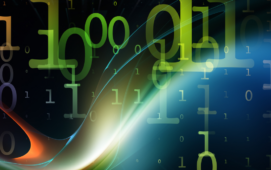