Bloomberg intends to add Chinese RMB-denominated government and policy bank securities to the Bloomberg Barclays Global Aggregate Index. The addition of the securities will be phased in over a 20-month period starting in April 2019 and subject to planned operational enhancements being implemented by the People’s Bank of China (PBoC) and Ministry of Finance.

When fully accounted for in the Global Aggregate Index, local currency Chinese bonds will be the fourth largest currency component following the US dollar, euro and Japanese yen. Using data as of January 31, 2018, the index would include 386 Chinese securities and represent 5.49% of a $53.73 trillion index.

Michael Bloomberg, founder of Bloomberg and chair of the working g on US RMB trading and clearing, says: “This announcement recognises China’s continued efforts over recent years to enhance access to the world’s third-largest bond market. It is a testament to China’s commitment to financial reform and the pace of change in its bond market. It is also another step towards for China’s integration with global financial markets.”

In order to be considered for inclusion in the Global Aggregate Index, a local currency debt market must be classified as investment grade and its currency must be freely tradable, convertible, hedgeable, and free of capital controls. Ongoing enhancements by the PBoC have resulted in RMB-denominated securities meeting these absolute index rules.

Additional enhancements are required prior to the planned inclusion date to increase investor confidence and improve market accessibility. Among these are: the implementation of delivery versus payment settlement; ability to allocate block trades across portfolios; and clarification on tax collection policies. Should progress on these enhancements be delayed, China’s inclusion in the Global Aggregate Index and other Bloomberg Barclays Indices may also be delayed.

In addition to the Global Aggregate Index, Chinese RMB-denominated debt will be eligible for inclusion in the Bloomberg Barclays Global Treasury and EM Local Currency Government Indices starting April 2019. Bloomberg will also create ex-China versions of the indices for index users that want to track benchmarks that exclude China. The company will also create customised capped versions of the indices for investors looking to limit exposure to China.

END_OF_DOCUMENT_TOKEN_TO_BE_REPLACED 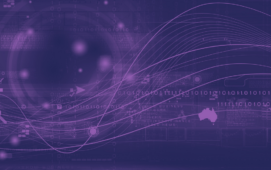