A couple of months ago, I was surprised to learn while on a Greek mountainside of Stanley Young’s appointment as head of the Bloomberg Enterprise Products and Solutions division.  At the time, we speculated that more activity may be afoot, suggesting that Young may be to NYSE Technologies and Bloomberg what Jon Robson was to Moneyline Telerate and Thomson Reuters: a kind of vanguard hire ahead of an acquisition.

Now we’re hearing some further activity is indeed afoot, but not in quite the way we expected.  No, this time we’re hearing that Robson – until the end of last year head of Thomson Reuters’ Enterprise business unit – will be joining NYSE Technologies as CEO, taking Young’s former slot.

We haven’t been able to confirm this as yet, so feel free to get in touch if you know more.  Hardly a week goes by without some speculation about Robson’s whereabouts and future role.  This seems the most plausible to date.  Certainly, it jibes with recent indications that he’d relocated to New York from London.

Let’s see what happens next.

END_OF_DOCUMENT_TOKEN_TO_BE_REPLACED 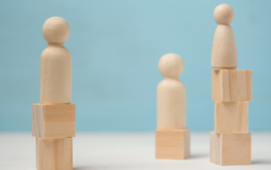