XBRL Tagging of Corporate Actions Could Save the Industry US$400m per Year, According to DTCC, Swift and XBRL US Case Study

As promised by David Hands, director of asset services product management at DTCC Solutions, back in April, the group working on the XBRL and ISO mapping initiative has finally published its case study to illustrate why firms should adopt XBRL tagging for corporate actions. And that reason comes in the form of an estimated saving for the industry of US$400 million a year and potential direct savings to investors and their investment managers of US$172 million annually, if the figures from the recent DTCC, Swift and XBRL US business case are anything to go by.

The estimates are all part of the project, which officially kicked off in May last year, to map the XBRL taxonomy to the ISO 20022 messaging standard in order to ensure that they are compatible in the future. The business case is therefore aimed at proving the benefits, including the more tangible ones, of tagging corporate actions data from source issuer documents with XBRL data tags. It contends that such a move would therefore improve the straight through processing rate by around 30%, thus resulting in key cost savings.

The business case is based on the 2009 Pfizer acquisition of Wyeth and has been developed in cooperation with the various stakeholder groups involved in the overall project. Issuers in the groups are represented by AGL Resources, Duke Energy, ENGlobal, Pfizer and United Technologies and issuer agents including Merrill Corporation, NYSE Euronext and PR Newswire. It documents the current state of play in the US market with regards to the corporate actions announcement process and highlights the benefits that XBRL tagging could bring to the process. It also promotes the adoption of a single set of standards for the processing of these events.

James Anderson, manager of financial reporting at issuer AGL Resources, is quoted in the case study: “Implementing these recommendations would result in corporate action information that is computer-readable, eliminating the need for intermediaries to interpret and transform our messages into structured data. This allows us to remain in control of these important disclosures, and ensure they are communicated exactly as we intended. This enables greater transparency, accuracy and timeliness of our data that is extracted from regulatory filings and press releases that we issue, giving our shareholders more time to make decisions.”

The documentation will form the basis of a pilot programme to be launched before the end of the year, according to Swift’s global market manager for Asset Servicing Max Mansur. It is hoped that this programme will further highlight the benefits of XBRL tagging by providing a practical example of the process in action. “The use of a single set of technology and data standards can serve to facilitate efficiency in electronic communications from issuer to investor for corporate actions. Intermediaries will then be able to seamlessly disseminate all the resulting transactional data to investors as soon as it becomes available,” notes the case study document.

As for the Pfizer case study, the paper highlights four main risks involved in the current method of processing corporate actions data: interpretation risk, timing risk, accuracy risk and cost. The issuer messages that are sent out currently are provided in free text and therefore must be interpreted, transformed and summarised by an intermediary with no input from the issuer on the data conveyed, thus resulting in interpretation risk. Moreover, this requirement for manual interpretation and intervention results in delays in communicating information to the investor, which the document defines as timing risk.

The fact that multiple parties are involved in extracting, manually rekeying and disseminating the same information increases the potential for errors delivered to the investor, contends the business case. This, in turn, adds significant costs into the process, which much be absorbed by the parties in the corporate actions chain. A diagram of this chain of events is provided on page 6 of the case study (see the document below).

The number of documents that must be processed in such a manner by third party issuer agents in a year is also significant. “One newswire service estimated that in 2009 over 13,000 releases were sent out for acquisitions or mergers, 10,000 dividend announcements, and 250 stock split announcements, among others,” notes the paper.

The overall number of corporate actions announcements is also set to increase over the next few years, says the paper. As for the current state of play: “There are approximately 350,000 corporate actions for announced events on equities and bonds disseminated each year by publicly traded companies and other issuers or offerors in the US.” These original issuer messages are also updated an average of three times, resulting in approximately 3.3 million messages for mandatory events. “Similar analysis for surveyed investment managers indicates that they deal with more than 4.4 million messages per year,” adds the paper.

The full breakdown of the costs of the process are provided on page 20 of the document, based on the DTCC and Swift survey. “Intermediaries are estimated to recognise US$230 million in savings between reduction in losses, third party costs and staff. Investment managers are expected to realise US$172 million in savings,” notes the paper. Although it adds that these cost savings will be elaborated upon further following the completion of the upcoming pilot programme.

The three key recommendations obviously includes the adoption of XBRL and the adoption of more standards (as previously noted), but is also includes a focus on a more real-time approach to corporate actions data. “Intermediaries should consume and seamlessly disseminate the electronic version of the corporate action information as close to real-time as possible or within a timeframe as requested by investors,” suggests the paper. Given the trend within the industry to move towards a closer to real-time approach to risk management, this is likely to be echoed by others in the market.

The group is also seemingly keen to extend XBRL’s reach into Europe and beyond. However, as recently noted by Michael Kempe, chief development officer for Capita Registrars, which looks after issuers in the UK and Irish markets, not everyone in the markets is convinced of the benefits of such a move.

END_OF_DOCUMENT_TOKEN_TO_BE_REPLACED 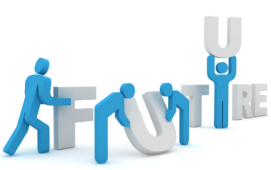