Swift is certainly convinced of the benefits of XBRL for the corporate actions space but it is not alone in its opinion: it has won favour with a number of high profile banking execs in the space, not least of which is BNY Mellon Asset Servicing’s executive vice president and head of EMEA global operations Paul Bodart. Bodart, who is heavily engaged in an initiative to improve shareholder transparency in the market and in providing feedback to the European Central Bank’s (ECB) Target2-Securities (T2S) project on the subject of corporate actions, explains his recent involvement in these projects and his opinion on XBRL to Reference Data Review.

Swift, XBRL US and the Depository Trust & Clearing Corporation (DTCC) released a case study earlier this year that indicates an estimated saving for the industry of US$400 million a year and potential direct savings to investors and their investment managers of US$172 million annually from adopting XBRL tagging for corporate actions issuer documents. Bodart reckons these estimates are fairly accurate and is convinced that all industry participants will benefit in the long run from XBRL’s introduction in this space.

“I’m a true believer in the benefits of XBRL for the corporate actions market. Anything that can reduce the requirement for manual intervention in the process via automation is a positive development for the market as it reduces both cost and risk in the process,” he explains.

However, he feels that it makes sense for them to move from a paper prospectus to an automatic electronic message in the longer term. The problem is that at the moment the pain of the process is taken away from the issuers’ law firms and investment banks by the intermediaries like custodians and central securities depositories (CSDs), which transform the paper prospectus into an electronic message. “We therefore need to educate the issuer community of the benefits and get them involved in the discussions around XBRL,” he suggests.

In this case, Bodart reckons that Swift definitely has a role to play in the harmonisation process for this market as it is the repository for messaging standards. Its work towards providing a solid business case for XBRL is therefore a step in the right direction but more needs to be done to engage the issuer community. Something that is, no doubt, high on the network operator’s to do list, given that corporate actions is a key part of its new 2015 strategy.

For his own part, Bodart has been heavily engaged in some of the work going on around the ECB’s T2S project, which aims to provide a single, borderless pool of pan-European securities and a core, neutral, state of the art settlement process. He has been providing feedback to the central bank project team on the potential interaction between CSDs and T2S in the corporate actions space as chair of the Corporate Actions Sub-group (CASG). T2S will not process corporate actions like the CSDs do today in concert with the clearing and settlement process, but will instead have to interact with the CSDs at key points in the corporate actions process.

CASG has recently conducted a gap analysis for the corporate actions space in order to indicate where European CSDs currently sit with regards to the standards required in order to interact with the T2S system ahead of its testing process, which is scheduled to begin in January 2014. The next meeting of the group is due to take place on 15 September (see here for the full details).

Bodart is also involved in the initiative to improve shareholder transparency in the market in light of the increasingly cross border nature of shareholdings. “Shareholders are increasingly based outside of issuers’ domestic markets and it is much harder to track shareholder details in these cases. Issuers are therefore often only able to identify the shareholders’ custodians rather than the end investors,” explains Bodart.

There is a requirement therefore for more standardisation and automation in this space to be able to access this information more easily. “Swift is involved in the discussions about implementing a harmonised set of standards for this space and thus far, there have been six meetings of the work stream for this process. Hopefully by September or October we will have defined the message type that is needed in a cross border environment to track this shareholder information,” he says.

Reference Data Review will keep you updated on the progress made in this regard over the coming months.

END_OF_DOCUMENT_TOKEN_TO_BE_REPLACED 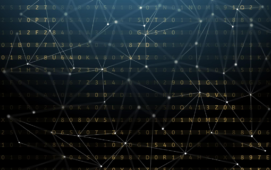 ISO has defined a standard approach for Certification Authorities to embed Legal Entity Identifiers (LEIs) within digital certificates. The move to simplify LEI integration paves the way for all digital certificates to be linked by a universal identifier to verified and regularly updated entity reference data, in a freely accessible repository, and also can contain the...