While speed was everything, latency determinism – ensuring consistent latency throughout your systems for every trade – is increasingly a critical metric for traders executing multi-venue strategies. A recent shift in exchange policy may make a focus on latency determinism even more important.

“The fastest in the pack is a Lance Armstrong-type character using every high-tech trick, legal or not, that is out there,” says the head of operations at a European quant hedge fund. “The rest of the peloton is behind them and really you want to be in that first peloton. You can’t get to the very front without spending ridiculous amounts of money.”

Speed feeds strategy and the stakes are enormous. High-frequency trading (HFT) firms have become the dominant counterparties across the three interdealer markets for US treasuries and also trade into the treasury futures markets. US regulator the Securities and Exchange Commission (SEC) and trade body the World Federation of Exchanges have both estimated that HFT makes up more than 50% of volume in equity markets. Getting in and out of positions requires the posting and cancellation of enormous amounts of orders which in turn requires excellent timing.

An example of the scale of activity that can be required is found in a recent ruling against HFT firm Virtu Financial Europe, part of US firm Virtu Financial which raised US$314 million dollars in its 15 April 2015 initial public offering (IPO). On 8 December 2015, Virtu was fined €5 million for market manipulation in 2009 on the Euronext stock market. To give an idea of the scale of the operation French regulator the Autorité des Marchés Financiers said Virtu had at the time accounted for 62.7% of all messages on the Euronext and just 2% of trades, and its activity allowed it to “secure a dominant position on the Euronext Paris, BATS, CHI-X and Turquoise platforms for the 27 securities in question” according to the ruling.

“With pan-European markets like Chi-X Europe trading in equities priced in pounds and in Swiss francs and FX markets providing spot rates between those currencies, there was a good combination of FX and equity activity with which to construct some new algorithms which would find opportunity in those numbers,” says Robin Manicom, director of Financial Enterprise for data centre providers Equinix. “And so we started to see the emergence of the multi-venue, multi-asset class kind of trading.”

The control that must be exercised to time this volume of trades correctly is enormous, requiring a keen understanding of the latency to which orders are subject. For firms trading across different venues either for the same product or for across instruments, getting the timing wrong can be punishing. Latency determinism is crucial in order to trade with confidence.

“The problem with a non-deterministic network is that you can’t model the features very well,” says David Snowdon, co-chief technology officer at low-latency technology specialist Metamoko. “You need to model the level of determinism to understand whether you can predict what is going to happen and then take advantage of the scenario that is unfolding, so that you have a better understanding of it than your competitors do.”

The hedge fund COO says that – dodgy broker dark pools aside – everyone tends to have a consistent latency profile on any given exchange with one exception: “Sometimes one of the cards or virtual servers you access the exchange on is quicker than another. If you maintain orders in lot of different stocks and you use four cards to access the exchange you occasionally work out that one card is more reactive in the first half hour. We think it might be the order in which they come online but we’re not sure. The exchanges swear it doesn’t happen, but it does.”

For the elements that trading firms can control, many spare no expense. The options encompass everything from connectivity providers using lasers and microwaves, which bypass the latency created by transferring information through a solid medium, to field programmable gate arrays (FPGAs), chips that have programming hardwired in to reduce the time taken moving data from software to hardware to be processed and back. However the naked performance offered by some of these technologies belies their reliability.

Gil Tene, chief technology officer at Java latency system specialist Azul systems, says, “These line-of-sight connections are a win when they work. You absolutely get a latency win from point ‘A’ to point ‘B’ for orders. But it comes with some pain around bandwidth, reliability and variability. That is where determinism come up. If it rains microwave is affected and you have higher error rates. Even with multicast microwave there is still a much lower reliability so you end up with interesting variances.”

Broadly speaking technology that is software driven tends to be less consistent, notes the hedge fund COO, in that when an order is put through software will often be quicker if the market is not busy.

“You can even work out the level of market activity and therefore the speed at which you can expect fills,” he says. “If it is hardware-based it tends to be more consistent.”

A development in the US market, which may lead to a change in thinking amongst exchange operators, is the introduction of a deliberate 350 microsecond delay to orders entering the order book of IEX, an alternative trading platform that has applied to become an exchange. It has voiced concern about market structure being developed in favour of arbitrageurs and against traditional investors.

The delay is intended to confound firms who trade between markets in microseconds, posting and cancelling orders and using microsecond fast data feeds to get that advantage. It marks a directional shift in the perspective on deterministic latency says Sylvain Thieullent, CEO of electronic trading at Horizon Software.

“Clearly ultra-low-latency is not seen as being very beneficial by the public, and politicians have started to comment on the trading that relies upon it,” he says. “Consequently we see IEX introducing their speed bump in order control latency and level the playing field between retail traders and HFT. So, being able to control latency on your system has become serious matter. We may see markets deterministically imposing latency at sensitive times during trading, such as at the close, rather than fighting to have the lowest possible latency as they did before.”

Nevertheless says Tene, the history of latency and latency determinism goes back to the use of the telegraph for wiring business information across an ocean.

“I don’t think this will ever end,” he says. “As people ease up on their investment other people will eat their lunch.”

Recorded Webinar: Get to grips with FRTB data and data management requirements

Don’t miss this opportunity to view the recording of this recently held webinar. The Fundamental Review of the Trading Book (FRTB) sets out a revised market risk framework and proposals to improve capital requirements. Although the regulation’s compliance deadline is 18 months away and some details have yet to be finalised, financial institutions need to...

END_OF_DOCUMENT_TOKEN_TO_BE_REPLACED 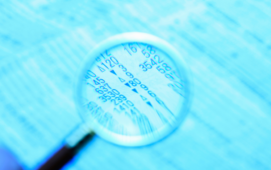