Volante Designer for Swift has once again received early certification for the 2009 gold label in SwiftReady Messaging Data Services (MDS).

“As always, Volante Designer stands out as a comprehensive messaging data solution for handling Swift messages of all types,” says Eric Meirlaen, business analyst at Swift. “Its metadata-based architecture enables customers to benefit from Swift formatted information in any type of architecture, whether legacy, proprietary or SOAs. Volante demonstrated the highest level of compliance in the industry for Swift standards validation.”

Swift criteria for the SwiftReady Messaging Data Services (MDS) Label include comprehensive support for SwiftStandards, such as validation against syntactical and semantic rules, transformation of the messages between different formats (MX, MT), support for various Swift directories and deployment of run-time libraries in various modes including SOA environments that can be used by financial applications.

The Messaging Data Service maps data coming from business applications into messages or files that are ready to be supplied to any financial counterparty through Swift interfaces. Reversely, it parses message payloads transferred from Swift, and transforms them into formats supported by back office applications.

END_OF_DOCUMENT_TOKEN_TO_BE_REPLACED 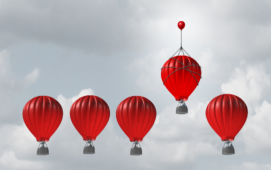 By Stef Nielen, Strategic Business Development, Alveo. Buy-side financial firms are increasingly looking to tap into alternative data sets, including rapidly emerging environmental, social and governance (ESG) data to give them a competitive edge. There are several drivers behind this. First, regulation, and the European Sustainable Finance Disclosure Regulation (SFDR) in particular, forces funds to...