The Vienna Stock Exchange has agreed a five-year deal to use Scila Surveillance technology to combat insider dealing, attempted market manipulation and other market abuses. The exchange joins a roster of global exchanges including London Stock Exchange, New York Stock Exchange and the Deutsche Börse that use the Stockholm-based company’s solution.

Scila Surveillance provides trading venues, regulators and market participants with a single route from the detection of market abuse to presentable evidence. It monitors traditional market abuse such as spoofing, layering and insider trading, as well as high-frequency trading, pattern recognition based on a range of trading statistics, and best execution compliance.

The solution can be deployed either on-premise or as a hosted option. It covers asset classes including equities and derivatives, exchange-traded products, energy and emissions, commodities, fixed income, money markets and foreign exchange. Its market coverage includes continuous trading on exchange, over the counter (OTC) trading off exchange, voice trading, requests for quotes (RFQs) and auctions.

Under the deal with Scila, the Vienna Stock Exchange has the option to roll out Scila Surveillance to more than 10 other partner stock exchanges across Central and Eastern Europe, including those in Budapest, Ljubljana, Prague and Zagreb. Scila executive chairman and co-founder, Lars-Ivar Sellberg, says: “Since our start in 2008, we have completed over 40 projects in market surveillance.”

END_OF_DOCUMENT_TOKEN_TO_BE_REPLACED 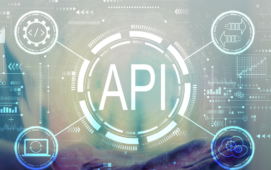 London-based desktop automation specialist Glue42 has partnered with voice communication and analytics provider Cloud9 Technologies to deliver a full suite of voice trading capabilities to the institutional marketplace. The partnership aims to provide users with remote access to all trading floor connectivity and services, as well as secure access to voice data, counterparties and regulatory...