Ahead of the introduction of the new credit default swap (CDS) standard protocol on 8 April, the vendor community has been busy upgrading their various solutions to meet the changes for pricing single name CDS contracts.

To this end, financial analytics and valuations provider Fincad has updated its Fincad Analytics Suite 2009 for Excel to support the new pricing models. Accordingly, the solution now includes a workbook that implements the International Swaps and Derivatives Association (ISDA) CDS model, says Bob Park, president and CEO of the vendor.

“The rapid growth of the CDS market has drawn regulatory focus on standardising the infrastructure of this market. Firms now require more comprehensive coverage to meet various standards. The updates Fincad has made will allow our clients to address these changes, which will significantly affect existing modelling and trading infrastructure. The upcoming changes will provide a means to ensure further consensus of results across positions, and add more transparency,” says Park.

According to Fincad, the new workbook allows users to implement the ISDA model in a format very similar to Fincad’s current solutions and uses dropdown menus for available choices.

According to Robert Pickel, head of ISDA, the big bang protocol provides a framework for the industry by which it can standardise the traditionally opaque credit derivatives. It is hoped that the changes will also assist in the move towards central clearing for CDSs with the advent of central counterparties (CCPs) such as IntercontinentalExchange’s ICE Trust.

Calypso Technology announced in the first week of April that it had upgraded its solution, including all areas of credit trading including trade capture, pricing, market data, risk analysis, settlement and clearing, to accommodate the new Standard North American Corporate (SNAC) CDS contract convention. The upgrade encompassed the calculation of upfront fees using the ISDA standard model and the introduction of an interface with Markit to automatically update yield curves on a daily basis.

The week prior to this launch, Quantifi released a new version of its solution to support the changes, including specific enhancements to its pricing, risk management and operations modules. Quantifi Version 9.1.4 includes the new ISDA CDS Standard Model to convert spreads to upfront fees and to calculate exact settlement payments. It also provides support for the calibration of survival curves based on the new SNAC quoting convention and the ability to calculate hedges and sensitivities based on the SNAC contract. As with the Calypso upgrade, the solution provides support for the new Markit Fixed Coupon Report, which contains quotes for the SNAC contracts.

At the end of March, CME Group-owned Credit Market Analysis (CMA) also upgraded its OTC credit market price discovery service QuoteVision, price verification data service DataVision and Analytics product sets in order for its clients to transition to the new standards. Before this, Markit launched a CDS data and information portal along with a free online calculator that converts CDS spreads into the new upfront quoting convention. RiskVal launched a similar calculation feature in the same week.

END_OF_DOCUMENT_TOKEN_TO_BE_REPLACED 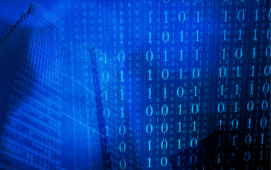 Orenda Software Solutions is taking an innovative approach to ESG by tapping Twitter content and using an AI powered platform to provide real-time, high-frequency ESG scores and insights into a company’s reputation that can help measure the sustainability and societal impact of an investment. The company was founded in 2015 by CEO Tanya Seajay, a...