Velocimetrics has released Version 6 of its real-time business performance monitoring and analysis solution, increasing the volume of trades that can be tracked, introducing distributed processing, and extending reporting capabilities.

Velocimetrics 6 builds on the company’s commitment to deliver real-time oversight across end-to-end processes in fast, complex and high volume trading environments, and allow any issues to be detected immediately, their root cause determined and their impact on clients, orders and trades quickly quantified and reported.

Velocimetrics 6, like previous versions of the solution, is offered as both software and Linux-based hardware appliances, the former favoured by large banks and the latter by smaller banks that locate the appliances in their data centre racks.

Moving on from Version 5 to Velocimetrics 6, the persistence to disk performance of the appliance solution has been improved by an order of magnitude and memory space has been reduced, allowing 60% more data to be handled by Velocimetrics 6 in the same footprint as the Version 5 appliance. These improvements in individual appliance performance are magnified by a new clustering technique that uses a correlation engine across multiple appliances to cope with increasing data volumes and deliver a unified view across trading operations.

Further functionality included in Velocimetrics 6 includes the ability to look at streams of market data from a trading quality perspective and screen any problems before they reach trading algorithms. Reporting has also been enhanced by adding scheduled and email reporting to on demand reporting, while ad hoc snapshots have been refined and can be taken over a trading day. These snapshots can then be used to produce management reports that detail, perhaps, the 100 worst trades over the day, and can be emailed as PDFs to a specified list of recipients.

Steve Colwill, CEO of Velocimetrics, says: “We have developed and tested this latest version working closely with our clients. They rely on Velocimetrics for operational integrity and are looking to expand its use in their businesses to support very high-volume processes. This major release is a milestone in scalability and high-volume persistence.”

To date, Velocimetrics has 25 clients across the US, Europe and Asia Pacific ranging from large exchanges to tier one and two banks, and smaller European banks. It says many of these clients are interested in upgrading to Velocimetrics 6, a fairly low friction exercise, and expects the release to extend its reach further into the financial sectors it serves.

END_OF_DOCUMENT_TOKEN_TO_BE_REPLACED 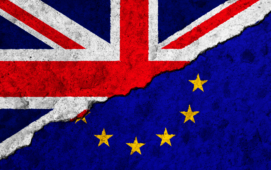