Following months of speculation, the US Securities and Exchange Commission (SEC) has finally passed new regulations to tighten its supervision of the credit ratings agency sector. This corner of the market, which is dominated by the big three: Moody’s, Standard & Poor’s and Fitch, has come under heavy critical fire due to its contribution to the financial crisis and plans to overhaul the sector have long been in the pipeline.

The US Senate Banking Committee last month closed its last hearing before its August recess with discussions about proposed ratings agency regulations and it seems these have largely been approved. Accordingly, legislation that mandates the use of ratings for areas such as risk management has been repealed by the SEC in order to reduce reliance on these measures within the financial markets overall. These agencies are also now required to reveal more data about their past ratings in order to permit investors to compare relative performance.

SEC chairman Mary Schapiro explained: “It is incumbent upon us to do all that we can to improve the reliability and integrity of the ratings process and give investors the appropriate context for evaluating whether ratings deserve their trust.”

The SEC is also gathering industry feedback about whether it should require ratings agencies to be liable under securities law for inaccuracies in their ratings. This would mean that these agencies would be regulated as “experts” under securities law, in the same way as auditors, who can currently be more easily sued over their findings. Moreover, the regulator may also require banks and other issuers to disclose preliminary ratings to prevent them from shopping around for better ratings. These proposals are due to be published in a general discussion paper later this month.

END_OF_DOCUMENT_TOKEN_TO_BE_REPLACED 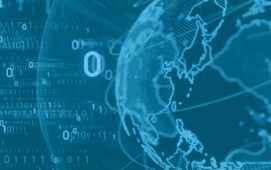