DataFlux, a provider of data quality and data integration solutions, today announced the findings of a multi-market research study, conducted throughout 2009, involving interviews with senior IT and data professionals in large financial services companies. The study, which DataFlux commissioned, outlines current attitudes and practices towards data management and industry regulation in the finance sector.

A group of independent research companies specialising in the IT and financial services sectors – BDRC, PAC and Lodestar Research – surveyed personnel responsible for data management at large financial institutions across the United States, the United Kingdom, France and Germany. The research shows both similarities and differences in the way data is managed across geographic boundaries.

Data is considered a strategic asset in all markets, with more than nine in 10 participants positively responding (US – 91%; UK – 90%; France – 93%; Germany – 95%). Investment in data management projects was also reported to be primarily driven by compliance with industry regulations (US – 86%; UK – 73%; France – 54%; Germany – 61%). Organisational efficiency was the second most popular reason for data investment in all markets except the US, where competitive advantage was considered more important.

Respondents from the US and the UK are convinced they will see more data related regulation in the sector in the near term (US – 90%; UK – 91%). French respondents also expect more regulation but to a lesser extent (59%), while 73% of German respondents didn’t know what to expect.

The UK leads the way in terms of how data is governed with 32% of organisations managing data at the strategic enterprise level. This compares to 25% in Germany, 22% in France and 17% in the US

Another area of widespread agreement is that high levels of data quality are critical to achieving regulatory compliance. 100% of UK respondents said data quality is either ‘very important’ or ‘extremely important’ for compliance projects. This figure is 96% in Germany, 89% in France and 86% in the US

When asked if their organisations have processes in place to screen customers and business partners against international criminal and terrorist watch lists, a significant percentage of financial services companies in the US (46%) either don’t know or have no process in place. In comparison, European countries appear better prepared with 91% of UK, 87% of German and 78% of French companies reporting that they have established processes.

Among European financial institutions, data management still tends to fall in the IT realm. Responsibility for data management rests with IT departments 57% of the time in France, compared to 49% in Germany and 36% in the UK Another trend in the E.U. is the general lack of dedicated data management teams. Only 22% of respondents in Germany have dedicated teams while the number is smaller elsewhere (14% in the UK; 11% in France).

“The crisis in the global financial services industry presents an opportunity to reconsider important processes and regulations,” said Tony Fisher, president and CEO of DataFlux. “When data is managed and governed on an enterprise-wide scale, organisations will remain in compliance as well as make better business decisions that pave the way for future success. This research affirms that data quality is seen as critical to compliance in major markets around the world, but also that there is more work to be done before data can be considered a trusted corporate asset.”

END_OF_DOCUMENT_TOKEN_TO_BE_REPLACED 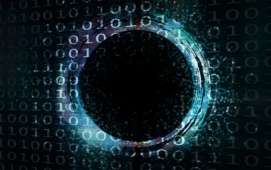