29 July 2012
TS-Associates has acquired the assets of competitor Correlix, a significant transaction that is likely to impact the dynamics of the latency management space.  Most immediately, the acquisition brings it new customers and key functionality, including InfiniBand support, comprehensive trade flow analysis and a business-oriented user interface.  Correlix’s RaceTeam service, which was adopted by a number of exchanges for latency visibility, will be discontinued as a result of the acquisition.  As usual, terms were not disclosed, though it’s doubtful that Correlix’s venture capital backers will be too happy with their ROI.Positioning itself as providing “precision instrumentation solutions for latency sensitive trading systems” – TS-Associates is adding 14 Correlix customers to its own roster of more than 40.  In the near term, it will continue to sell and support Correlix’s latency monitoring product – including the upcoming 5.0 release with nanosecond precision time stamps – alongside its own TipOff and Application Tap offerings.

According to TS-Associates CEO Henry Young, the combination of its existing products and Correlix provide synergies with an appeal to both technologists (TS-Associates’ strength) and business users (where Correlix has had good traction).  In particular, Young says that TipOff has superior protocol and middleware support, whereas Correlix provides comprehensive trade flow analytics.  A three-phase product development plan has already been defined:

Phase 1 – Involving Application Tap integration with Correlix (for measurement of latency between software applications running on the same server), adding InfiniBand support to TipOff and combining protocol decoder libraries so they work across both products.

Phase 2 – Focused on migration of both products to a common hardware and systems software platform, with a common packet capture and time stamp architecture, and a common user interface.  This will allow both products to work alongside one another on a single appliance.

Phase 3 – Creation of a single integrated product.  Young says TS-Associates will “Listen to our customers to determine a strategy for integrating the best aspects of each product to deliver a best of breed integrated solution.”

Missing from TS-Associates’ plans is Correlix’s flagship RaceTeam service, a latency data service that it offered in commercial partnership with exchanges, as a way to provide visibility into transaction times.  RaceTeam was launched in 2009 with Nasdaq signing on as a partner, to be followed by Direct Edge, NYSE Euronext and Bats Global Markets.  But Nasdaq pulled out of its partnership last month, which dealt a severe blow to Correlix’s attempts to turn the service (which required significant upfront investment) into a profitable one.  It’s unclear whether other RaceTeam partners will also discontinue their services, or look to take support and development in house.

As a result of the acquisition, TS-Associates adds a data centre and enlarged office facilities on Wall Street, together with a development centre in Herzliya, Israel.  Eight Correlix staff will join TS-Associates full time.  Correlix founder and CEO Shawn Melamed joins as a consultant to facilitate the smooth transfer of customers.

While the acquisition provides a bright future for Correlix’s customers, it’s probably not the exit that Melamed or the company’s VC backers planned.  Industry buzz suggests the company has been looking for a buyer since the end of last year and earlier this year went through a downsizing and raised further capital from its investors – to add to the nearly $24 million it had raised since 2005 – with a plan to either become self sustaining or find a new home as a going concern.  In the end, neither was possible.

For TS-Associates, the transaction establishes it as a key player in what for now is the ‘big game’ of latency management, the other player being Corvil, which has strong VC backing and Cisco Systems as an investor and partner.  While other latency monitoring vendors exist (and network infrastructure companies may well enter it), the marketplace for the foreseeable future will be focused on the competition between these two, and perhaps one day on their own corporate destinies.

END_OF_DOCUMENT_TOKEN_TO_BE_REPLACED 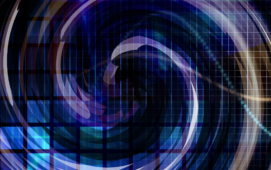 KX has released KX Insights, a cloud native streaming analytics solution that provides fast, scalable real-time data insights without the capex and maintenance burden of on-premise infrastructure. KX Insights is built on the company’s cloud version of the kdb+ time series database and uses a microservices architecture that supports not only new KX users but...