Speakers from the European Commission at this week’s Association for Financial Markets in Europe (AFME) post-trade conference highlighted the ongoing tension between US and European regulators with regards to the changing global agenda for oversight. Data sharing arrangements may be in place and discussions about data standards may be ongoing across the Atlantic, but what will impact will this backdrop of regulatory tension have on the final outcomes of developments such as the Office of Financial Research (OFR) and global agreement on standards?

Reference Data Review has frequently pointed out the discrepancies between US and European approaches to certain aspects of regulatory change over the past few months, especially in the post-trade/back office world. For a specific instance of divergence, check out the recent discussions on the criteria for systemically important financial institutions (SIFIs) that have underlined the difference between the Basel Committee’s agenda and that of the US Financial Services Oversight Council (FSOC), which will use the OFR’s data utility for systemic risk tracking purposes. This week’s comments from the EC therefore add further fuel to this fire.

During the AFME event, Paulina Dejmek, who works directly with the European Commission’s Internal Market and Services commissioner Michel Barnier, noted that the EC is “not happy” with the extra-territoriality included in the Dodd Frank Act, which grants US regulators the power to extend their tentacles into other regulatory jurisdictions. She noted that the US regulators and the EC are in serious discussions about this development and its implications for financial institutions outside of the US that may be compelled to provide raw data direct to (and, more importantly, answer to) the US regulatory community.

Of course, the European regulatory community is rather more concerned about the political implications of all of this, rather than merely the practical challenges for the firms themselves. From the regulators’ perspective, a great deal of regulatory toe stepping will ensue if the Dodd Frank Act provisions remain in place. Practically speaking though, if firms designated as SIFIs are forced to increase the number of reports they provide to regulators outside of their home countries, both regulators and firms themselves may be swamped by the data requirements of all this reporting. Moreover, if the formatting and standards underlying these reports are fundamentally different, the challenge will increase exponentially.

A lot of noise has been made about regulatory coordination by the G20, but the reality is somewhat different and regulatory arbitrage remains a serious concern. Overall, Dejmek indicated that Europe is lagging behind the US in terms of implementing regulatory change by about a year (hence the lead that the OFR has taken in setting the data standards agenda, for example). However, she noted that this lag was “not the end of the world,” given the EC’s priority of ensuring “coherence and consistency” over speed.

The EC might not be concerned about the time lag, but should the market be? What will be penalties for coming late to the table? Perhaps it is too early to tell the full impacts just now, but it is something that the financial services community in Europe needs to pay serious attention to.

END_OF_DOCUMENT_TOKEN_TO_BE_REPLACED 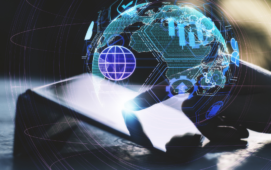