Tradeweb and Bloomberg Pitch Camp in Amsterdam Ahead of Brexit

Amsterdam is becoming a location of choice for capital markets participants preparing for Brexit. Despite huge uncertainties around how Britain’s exit from the EU will, or won’t, pan out on March 29, 2019, the latest arrivals in Amsterdam include Tradeweb and Bloomberg.

Tradeweb has gained authorisation from the Netherlands Authority for the Financial Markets (AFM) to operate trading venues and a MiFID II approved publication arrangement (APA) out of Amsterdam, while Bloomberg affiliate Bloomberg Trading Facility has received authorisation to operate a multilateral trading facility (MTF) that will provide cross-border services from Amsterdam throughout the EU under a MiFID II passport.

Tradeweb and Bloomberg Trading Facility join banks including Japan’s Norinchukin Bank and Mitsubishi UFJ Financial Group, as well US firms such as Marketaxess and Jane Street setting up camp in Amsterdam. The London Stock Exchange Group and Chicago’s Cboe Global Markets are also expected to locate offices in Amsterdam because of Brexit, along with a handful of trading firms.

While Amsterdam is unlikely to attract as many firms in the Brexit shuffle as Frankfurt, Paris and perhaps Zurich and Dublin, it has its attractions. Tradeweb selected the city as its new European location on the basis of its infrastructure and the Dutch regulator’s expertise in financial services. Bloomberg chose the city for a European MTF as it already has a presence there and, like Tradeweb, notes the experience of the AFM.

END_OF_DOCUMENT_TOKEN_TO_BE_REPLACED 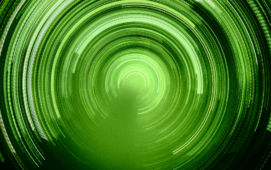