Too Early To Be Skeptical

In his blog last week, Andrew said he’s skeptical that advantages from investing in low latency infrastructure will be anything other than short lived.

I tend to share his opinion that low latency is passing through, though I am less of a skeptic (Andrew’s turning French). To me, the current focus on low latency is simply the way that Wall Street works, such that it does. There’s an opportunity to be had – to rise above the crowd, to make money – and so the top tier of the financial markets are all over it, doing just that (or at least they think they are).

I am not sure whether Andrew has in his mind a timeframe for ‘short lived’ but I’d say there is still some ways to go – years, not months. We are still seeing innovation in the low latency space at the base technology level – as witnessed by the rollout of new direct feeds, more emphasis on proximity and the embryonic work on hardware acceleration.

Moreover, the drivers for low latency are only just getting started. Data volumes are still going through the roof, the impact of RegNMS and MiFID is still to be felt, and the adoption of algorithmic trading by new markets is only just beginning. Plus, we’ve yet to see the almost certain adoption of low latency technology by the second tier players. For technology vendors in this space, the future is bright so long as you know which way is up.

All the above drivers need to cycle through before low latency gets relegated to passé and some new tech craze (web 2.0 maybe) gets the froth going in some new area. Will this website still be around in five years? I doubt it. But – just as with the space it covers – we’re just getting started. Feel free to reply to this post and tell us what you think, and what you want from us.

END_OF_DOCUMENT_TOKEN_TO_BE_REPLACED 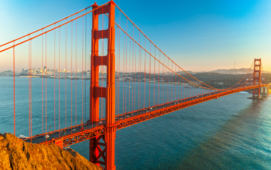