Tibco Software has added to its messaging arsenal with the introduction of the Tibco FTL Message Switch and the Tibco Enterprise Message Service Appliance. Both new products were announced at the company’s annual Tucon user conference, held this week in Las Vegas.

For the FTL Message Switch, Tibco is partnering with Pluribus Networks, a startup focused on low-latency virtualised networks.  Founded in 2010 in part by former Sun Microsystems executives, Pluribus is located close to Tibco’s headquarters in Palo Alto, Ca. Its funding to date has come from Mohr Davidow Ventures and from NEA.

FTL is Tibco’s latest messaging middleware product, pitched at low-latency applications. Featuring content-based addressing, it was introduced at Tucon in 2010, and has since been upgraded to take advantage of the latest Intel processors and PCIe networking.

The F64 features 48 ports for 10gE connectivity and four ports for 40gE, providing Layer 2 and 3 switching functionality with latency of less than 400 nanoseconds.

More importantly, the switch is designed to run Pluribus’ Netvisor networking hypervisor, which provides virtualisation – essentially de-coupling the network requirements of applications from the physical infrastructure. This allows better utilisation of networks where multiple applications (perhaps running on virtualised servers) are communicating via them, and better service to applications requiring specific service levels.

Pluribus is part of a networking space known as Software Defined Networking, which is receiving increasing attention. Arista Networks’ new 7150 switch was designed with SDN in mind. Also, SDN startup Nicira was recently acquired by VMware for a notable $1.26 billion.

Meanwhile, for enterprise messaging that’s not so latency sensitive, but requires store-and-forward functionality and guaranteed messaging, Tibco has released an appliance version of its Enterprise Message Service. The appliance is meant to reduce administrative and infrastructure costs by simplifying the management of large implementations and globally distributed systems. For financial markets firms, post-trade messaging, risk data aggregation and big data analytics could be applications.

Don’t miss this opportunity to view the recording of this recently held webinar. General Data Protection Regulation (GDPR) takes effect on May 25, 2018, requiring financial institutions to meet stringent new rules on managing the personal data of EU residents, and setting astronomic fines for those that fail to comply. The webinar will discuss the...

END_OF_DOCUMENT_TOKEN_TO_BE_REPLACED 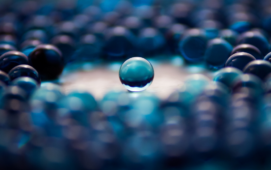