Today’s news that Thomson Reuters is acquiring complex event processing (CEP) turned tick data analytics specialist Vhayu Technologies should not come as a huge surprise. But it’s notable all the same, for the tactical and strategic fallout that will result.

Thomson Reuters and Vhayu have had a partnership for four years, under which Reuters badges Vhayu’s CEP-based Velocity analytics product as the Reuters Tick Capture Engine, positioned as an add-on to the Reuters Market Data System. After a slow first year of that relationship, I am told that it has since come good for both parties, so it is probably only natural that Reuters would want to bring the partner into the fold, and keep all the money itself. As well as owning Velocity, Reuters also picks up Vhayu’s Squeezer product, which uses hardware acceleration technologies to compact and store vast amounts of tick data, something that Reuters has for sure.

Why did Vhayu sell? It’s a private company, with maintenance revenue from more than 70 customers, so I doubt it’s a Coral8 situation of it needing to be acquired to survive. Perhaps just a case of Reuters’ cheque book being compelling or CEO Jeff Hudson wanting to get on with his photography hobby. We’ll think about that one some more.

What does it mean for the industry? One might expect interest in the likes of OneMarketData (with its OneTick product, currently distributed via NYSE Technologies) and Kx Systems, which I’ve long viewed as an attractive acquisition target. And since Vhayu has its roots in CEP, an element of this will play into the consolidation of that space, as major players like IBM, Oracle and Microsoft enter it. In the near term, one wonders whether Vhayu will continue to work with the likes of Progress/Apama and StreamBase, but I don’t see a big downside in continuing that.

So it’s watch this space as we fully analyse this news. But I’ll finish with a little twist. Last week, a little-known vendor called Realtime Data, which does business as IXO, filed patent infringements against a raft of companies – including CME Group, NYSE Euronext and Thomson Reuters – claiming it has patents on technologies related to data compression, storage and retrieval. I’ve no clue as to the merits of their case, but the timing sure is topical!

END_OF_DOCUMENT_TOKEN_TO_BE_REPLACED 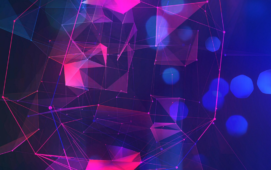